Properly Loading a Trailer, The Great Tie Down Debate

by Jesse Kleib | August 22, 2019
how toTie Downtutorialwhat not to do

Properly Loading a Trailer, The Great Tie Down Debate

When it comes time to tie down a load, your author could definitely speak about it ...

When it comes time to tie down a load, your author could definitely speak about it from first-hand experience. As somebody who has not only pulled a bunch of loads but messed them up quite a few times, there is certainly a lot to be learned.

This is an area where the person responsible for said load is going to want to make sure they know what they’re doing. It’s certainly not something that should be brushed over and quickly forgotten about. Instead, it’s a space where one should check multiple times to make sure that everything is nice and secure.

We don’t want to scare you but there are a lot that could go wrong when pulling a car on a trailer. Therefore, strapping it down just right is of paramount importance. However, when it comes to how exactly one should properly strap down a vehicle, there is no handbook. Instead, it seems as if different people have different opinions on how it should be done. In fact, there is one argument that goes around the watercooler over and over again. It’s one of those debates where there will probably never be a definitive answer.

By following along with the video below, we get the rundown on why exactly Mac’s Tiedowns happens to be anti-crossed straps. Whether or not we agree with this is for another discussion. However, he definitely does make a couple of very valid points. After watching this one, are you going to change the way that you strap a car to a trailer? 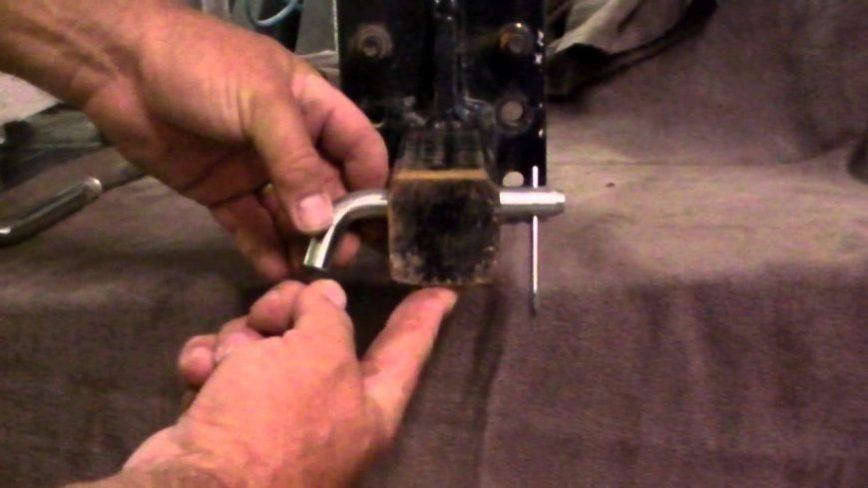