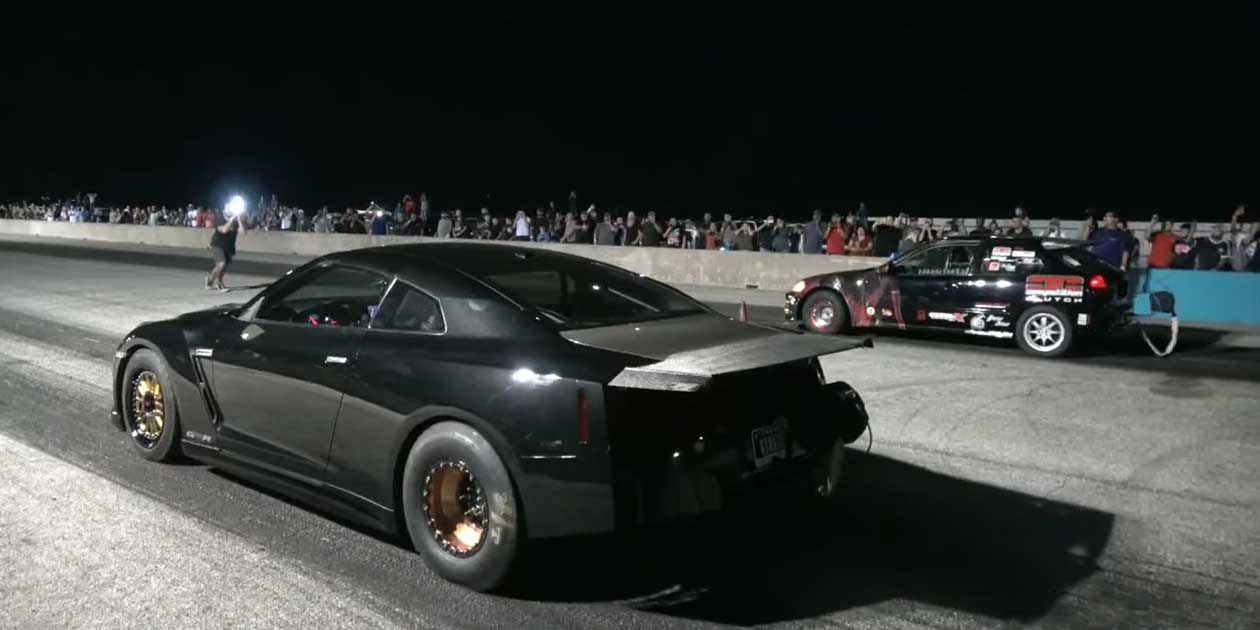 In the world of drag racing, there are all sorts of tried-and-true platforms for someone who’s looking to go fast. Among these platforms, several make their way all the way to the pinnacle of racing. Now, at the top, people might expect things like the Ford Mustang or Nissan GT-R. Obviously, these are very strong considerations for those looking to race. However, one of the less talked about platforms that really can do amazing things is that of the Honda Civic.

As compared to the previously mentioned nameplates, the Civic won’t really compete in factory form. Honestly, it might be the least well-equipped vehicle when it rolls off of the dealer lot. However, the tuning community has really surrounded this platform and raised it high. These days, the Civic is accomplishing great things.

What many might not know about the Honda Civic is that plenty of these things actually are equipped with all-wheel-drive systems. When combined with the lightweight nature of the car, this gives them a stout advantage over the competition. With some of these more race-oriented setups, that weight figure begins to look more like a go-cart and less like a car. Throw in decent power with all four tires spinning and things can get incredibly interesting. There is a reason why all-wheel-drive Honda Civics clutter the highest spots on different record lists around the world.

This time, we tune into a video from Street Science TX. In this one, we’re taken to the scene of the action to watch as a no-prep unfolds and an unlikely candidate takes over. No matter how formidable the opponent is, this Honda is kicking ass and taking names. After watching this one, we get a feeling that there are going to be a lot fewer people who are going to sleep on the Honda Civic.