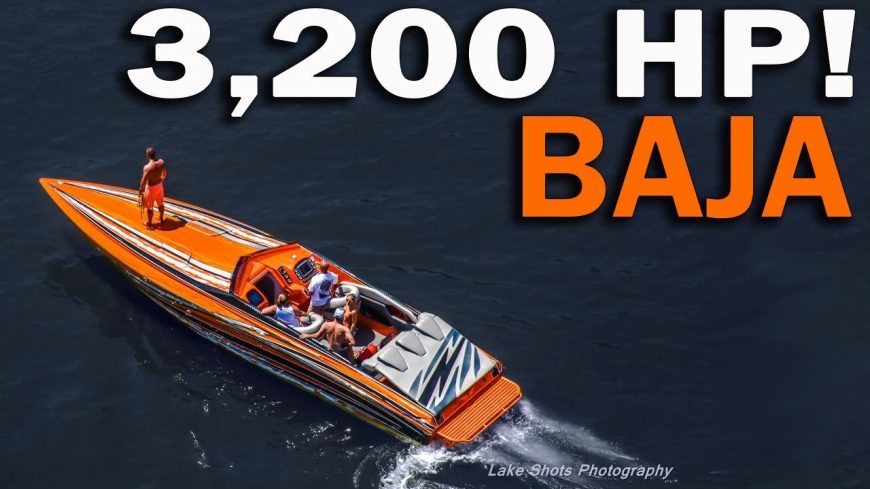 It turns out the boat, a 3,200 horsepower Baja that lays claim to the world’s fastest Baja boat, was pulled over because it’s too dang loud. After sunset, the lake they’re cruising has a decibel limit in place, and not surprisingly, 3,200 horsepower makes a lot of noise, even at idle. To be exact, according to the officer’s dB meter, the engines sing their song at 121.5 decibels, the loudest the officer has ever recorded.

The video doesn’t tell how much the fine is for the sound violation, but it seems likely these guys paid it with a smile on their faces, knowing they have the fastest AND loudest boat on the lake, and that the money from the fine is going to support the local community. I think if I had a boat like this one, I’d be getting fined every night just so I could see that 121.5 popped up on the meter and smile like it was the coolest thing I’d ever seen.

For those who are curious about the boat itself, it is powered by twin 557 CID Whipple supercharged engines that crank out 1,600 horsepower each. The boat has been clocked at 117 MPH, officially making it the fastest known Baja in the world, and also won its class at the prestigious Lake of the Ozarks Shootout.

Despite having all that power, the boat has proven very reliable, logging over 250 miles and drinking a tanker full of gas, the boat hasn’t broken a sweat or a single part, proving that she’s not just all about going fast, she does so reliably.