If there’s one situation that nobody wants to be a party to, it’s a tow ...

If there’s one situation that nobody wants to be a party to, it’s a tow truck driver dropping a vehicle off of the back of the truck. Certainly, this is the last thing that a tow truck driver wants to deal with. As the customer, it’s quite a downer, too, for obvious reasons. Given that your vehicle is already on the back of a tow truck, things aren’t going so great. Having it dropped off just adds another level to the complication.

This time, security camera footage captured the entire thing as one individual who owns a Dodge Ram would be a part of the unfortunate situation that would see their vehicle being dropped.

When the truck was dropped, some damage was done to the front end and the tow truck company offered $1,500 as compensation. However, when the owner gathered estimates that would range between $5,500 to over $13,000, problems began to grow.

The owner argued that the shop told them that repairs would have to be done to the bumper, oil pan, frame, suspension, shocks, and alignment. AAA would go on to confirm this damage and agreed to cover the $13,000 in repairs. Simple enough, right?

When it was discovered that some parts were unavailable, eventually that agreement to repair the vehicle for $13,000 turned into AAA offering to cut the owner a check for that amount.

However, as the owner of the truck now transitioned to thinking that they would have to replace the entire thing, they decided to $13,000 would no longer cut it. Upon looking it up, a local CBS affiliate in Sacramento declared that the bluebook value brings up a valuation between $7,000 and $12,000. In this market, perhaps that is a little bit low to replace what appears to be a Cummins diesel-powered Ram. Therefore, as the owner of the vehicle feels as if it’s worth $20,000, she is now hiring an attorney.

The complete details of the situation can be seen down below with the situation that started off bad and has only since gotten much worse. 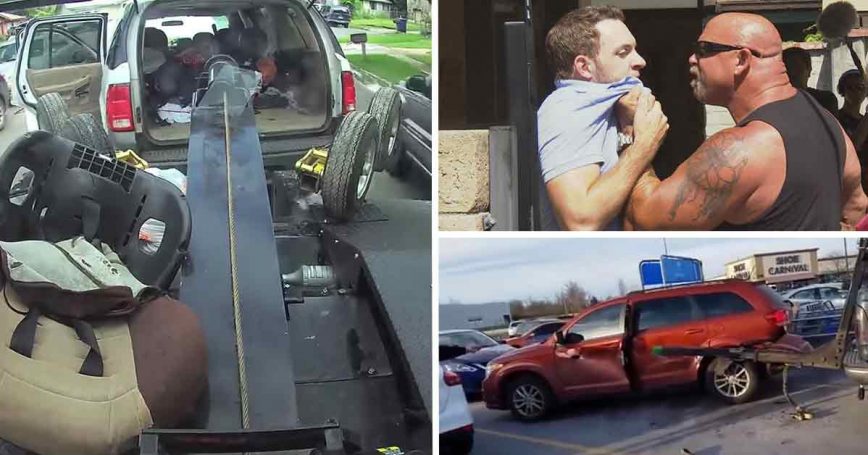