Pushing The Limits A Little Too Far, Engine Pops On The Dyno

Pushing The Limits A Little Too Far, Engine Pops On The Dyno

When it comes time to really turn up the power, things can get incredibly volatile. ...

When it comes time to really turn up the power, things can get incredibly volatile. When you start adding all sorts of go-fast parts to the mix, all of those different moving elements cooperating with one another doesn’t always go exactly how you would plan for it to go. Should one thing fall out of line, you might just find that your entire build ends up going awry, making things break that you didn’t even know could possibly fold in the way they do. However, in this one, things are a little bit different as the team over at Wagler Competition Products wanted things to go awry. It turns out that they were testing to see just how far a combination could be pushed before it would pop and the answer this time is “pretty far.”

This time, we head to the dyno room, watching an engine dyno pull that goes pretty wrong on the rear end of lots of testing. Apparently, this diesel power plant turned up the boost a little bit too much as it was really pushing the limits on the parts onboard which would call for catastrophe as the engine would send out a cloud with similar meaning to a white flag of surrender. The crew tells us that all of this testing to find the limits in this Duramax setup would yield “1,285 horsepower and 1,817 ft-lbs of torque, with 78 passes total, and 24 of them being over 1,000 horsepower.” We would probably venture to say that the combo definitely lived up to expectations!

If you follow along with the video below, you’ll be able see the explosion for yourself that finally showed how far this thing could be stretched out! Every once a while you do see catastrophe unfold on the engine dyno but it isn’t too often that you see someone blowing up an engine on purpose. After you check out this video for yourself, be sure tell us what you think of this eruption that has taken the web by storm. 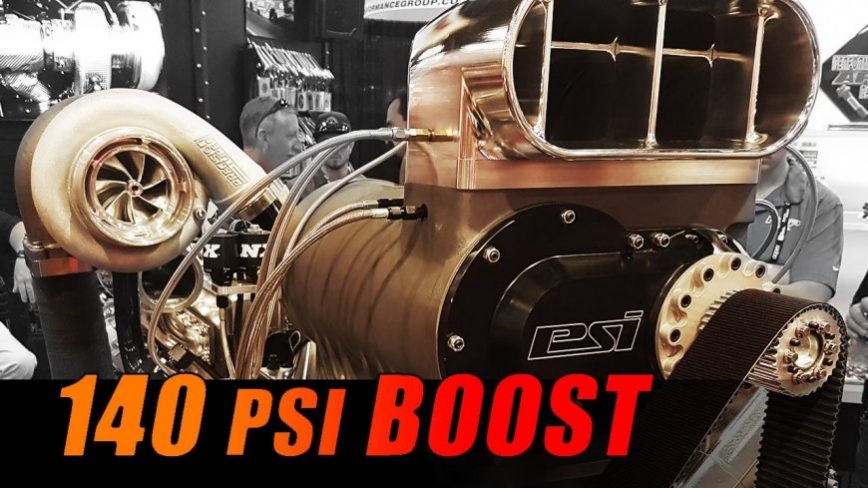