Putting The 2021 Bronco Through The Ringer 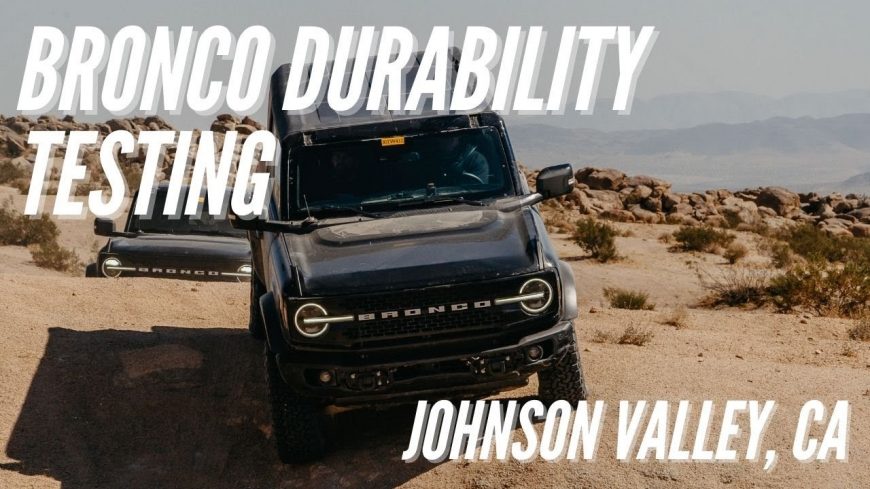 It seems like there are a couple of phases in being able to determine if a vehicle is really good or not.

So far, the Ford Bronco has hit it out of the park in the first phase. Naturally, when a vehicle is unveiled, it’s going to have to build a little bit of hype. If a machine doesn’t get attention, what’s the point at the end of it all? At least in the world of mass-produced automobiles, not getting attention is basically a death sentence. However, the community has reacted rather well to the Bronco. As somebody who has done a ton of reading around the community, I would say that folks have been rather excited to see what Ford has to offer with the model.

When push comes to shove, though, all of this early hype amounts to basically nothing if the truck doesn’t deliver once in the hands of consumers. Naturally, as a vehicle that’s designed to go off-road, people are going to really beat up on this thing and expect the platform to take that beating gracefully. Should the Bronco start to fall off, all of that hype will have been for nothing. In fact, this could potentially be a case of the bigger they are, the harder they fall. Luckily, though, early indications don’t allude to the fact that this will be the case. We haven’t been given much more than a small little appetizer of what we can expect with the Bronco, long term, but the early signs have been promising.

This time, we get to ride along with a YouTube channel by the name of Branco Nation as they give us the inside tour of how exactly the 2021 Ford Bronco is able to take a beating off of the beaten path. In this example, they showcase the model’s ability to handle high and low-speed durability testing out in Johnson Valley, California. If videos like these don’t help to build a little bit more hype for the eventual release of this model, we’re not sure what will.