No matter what way you want to shake it, when you get into drag racing in just about ...

No matter what way you want to shake it, when you get into drag racing in just about any capacity, it can be really dangerous. There are lots of things to consider as the sport has so many moving parts both physically and figuratively that somebody needs really have their stuff together in order to go out there and be competitive. At any given moment, something could go wrong and cause the whole situation to jump off the rails and go sideways. This time, the guy behind the wheel of the Chevrolet Nova pictured finds out just how that happens quite literally when everything unfolds in his lap in hurry.

In this one, we watch as the Nova that looks to be a threat when it comes time to race is doing a little bit of a test session. In an area that appears to be a part of an industrial park as the driver is trying to get the car dialed in just right, making sure that the tires are going to hook when he goes at it instead of spinning. However, to his dismay, the car wouldn’t do anything of the sort and instead, would end up going sideways in quite a hurry. This really shows you how quickly things can escalate as the car would then veer off of the road and over into some parked cars.

The sound that it would make as it would come to a stop would be a deafening blow, really making you cringe inside as the car that looks to have been quite a pretty penny to put together ends up meeting a snow plow and losing dismally. No matter what way you shape it, that one is going to hurt in the morning! I guess the only thing to do from here is pick up the pieces and get back to building this thing to be a competitor once again.

Hard Impact Turns Into Fire as Race Gets Out of Control 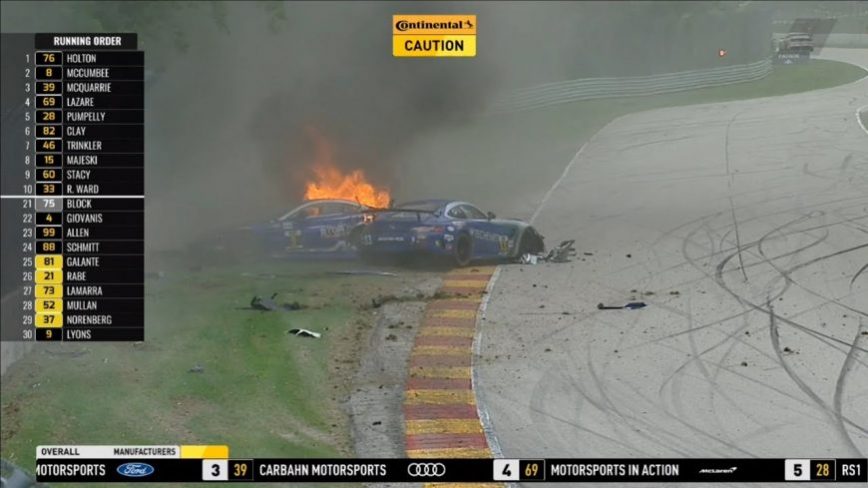