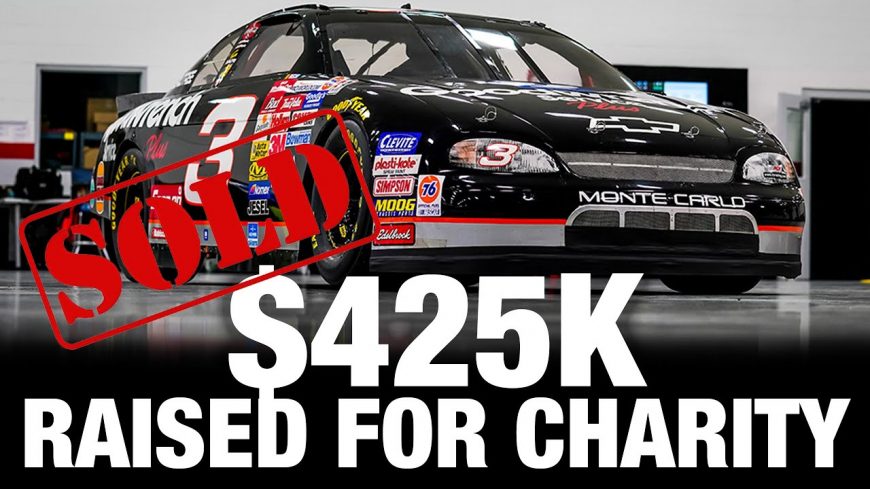 Dale Earnhardt passed away in 2001. For those keeping count, the date was nearly 2 decades ago. However, even to this day, Earnhardt remains one of the most popular NASCAR drivers to have ever existed. In fact, most of those in the business of selling NASCAR merchandise would likely tell us that Dale is still one of their best sellers as well.

For those who like to collect this merchandise, there isn’t much that could be better than an actual race-used car. Being able to get your hands on a black number three donning the Earnhardt name would probably be next to impossible. In fact, if you missed out on one of the most recent Barrett-Jackson auto auctions, we regret to inform you that it might take a while for another Earnhardt car to pop up.

The car was sold from the personal collection of the legendary Richard Childress, the team owner that Earnhardt raced under. The online auction would mark the first time that Childress had ever sold one of Earnhardt’s original cars.

As described on Barrett-Jackson’s website, “The tube-frame stock car, replete with a 358ci V8 NASCAR engine and a 4-speed manual racing transmission, was built for short and intermediate oval-track competition. Earnhardt made select NASCAR Cup Series starts in this Chevrolet at tracks such as Bristol Motor Speedway, Dover International Speedway, Rockingham Speedway and Darlington Raceway between 1996 and 1999. Highlighted by a win at Rockingham Speedway in 1996, Earnhardt did not finish worse than fourth with Chassis No. 22 in its first three on-track appearances.”

All proceeds from the hammer price will benefit Feeding America and Samaritan’s Purse – COVID-19 Responders.

The winning bidder will receive what the auction calls “VIP Treatment.” This includes meeting Childress himself when picking up the car in Welcome, NC. The winner will also be able to get a VIP tour of Richard Childress Racing, lunch with Childress at his award-winning winery, and a personalized case of Childress Vineyards wine.