If you know anything about extreme sports legend Travis Pastrana, it’s that he can ...

If you know anything about extreme sports legend Travis Pastrana, it’s that he can quite literally do anything when it comes to operating a motor-powered contraption. Though he’s most well-known for his exploits aboard his freestyle motocross dirt bike, Pastrana has also driven a rally car, a stock car, and a massive RV, among other things.

Another thing he has a knack for is making anything exciting. If you need evidence of that, look no farther than this video, where Pastrana and a couple of buddies race scooters. Yeah, scooters! And they do a great job of making it look like a dang good time. The mission is relatively simple: all three riders are to race to the top of Lion’s Head (more on that in a second!) without maps and without much more than their own eyes to find the local landmark and reach the summit.

Off they go, winding through the city streets and making the most of it, with a little-spirited riding and some foot-to-scooter combat along the way, with lots of laughs as you’d expect. Finally, the finish line comes into view and they rush to the chosen spot, a National Geographic photo frame. However, according to eagle-eyed commenters who live in Cape Town, South Africa where the race took place, they’re actually not even on Lion’s Head.

In a comedic twist, they end up on nearby Signal Hill, though if you look through the frame at precisely 3:48, you can see the real Lion’s Head in the background, reaching high into the clouds. While they obviously considered the run to Signal Hill good enough, it’s hilarious they raced so hard to the wrong destination. This is just another look at how much fun Pastrana and his friends have wherever they go. They definitely made scooter racing look a lot more fun than it sounds.

Travis Pastrana's Sand Yank Knocks The Wind Out Of Him! 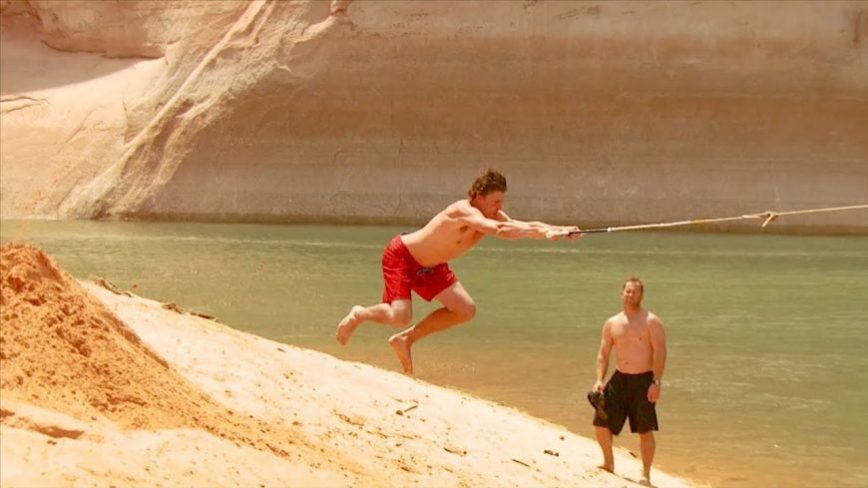