Ram TRX Stomps Out the GT500 in a Drag Race – The New Boss is Here!

Ram TRX Stomps Out the GT500 in a Drag Race – The New Boss is Here!

Regardless of any comparisons, I think that it’s pretty safe to say that the ...

Regardless of any comparisons, I think that it’s pretty safe to say that the Ram TRX is really bringing some attitude to the performance truck community. By stuffing over 700 hp under the hood of this thing, it’s putting the community on notice. It’s really exciting to be able to have a big and powerful V8 under the hood of an off-road monster, making it a segment leader.

For now, the truck’s only direct comparison is the Ford Raptor. Ford hasn’t matched the power of the TRX just yet but if the rumor mill ends up making good on some of the things that we’ve heard, there should be a very close competitor in the form of a high-tier Raptor in the near future.

For now, though, there are a lot of other comparisons that can be made while we sit here and wait for the truck battle to end all truck battles.

This time, the crew over at The Fast Lane took it upon themselves to compare the Ram TRX to the likes of a Shelby GT500. We know what you’re probably thinking here. The GT500 makes almost 60 more horsepower than the Ram and weighs in at over 2,000 lbs less. What comparison is there to really make when it comes to drag racing?

Let’s just say that when you factor in things like 30° weather, an uncontrollable rear-wheel-drive muscle car, and a truck that’s much more capable of putting down all of the power in poor racing conditions, things can definitely level out a little bit.

By following along with the video below, we get to tune in with what ends up being quite the shocker as the Ram TRX makes its presence felt. In other conditions, perhaps this might be a different race but in this one, it looks like the TRX reigns supreme. Who would’ve thought!? 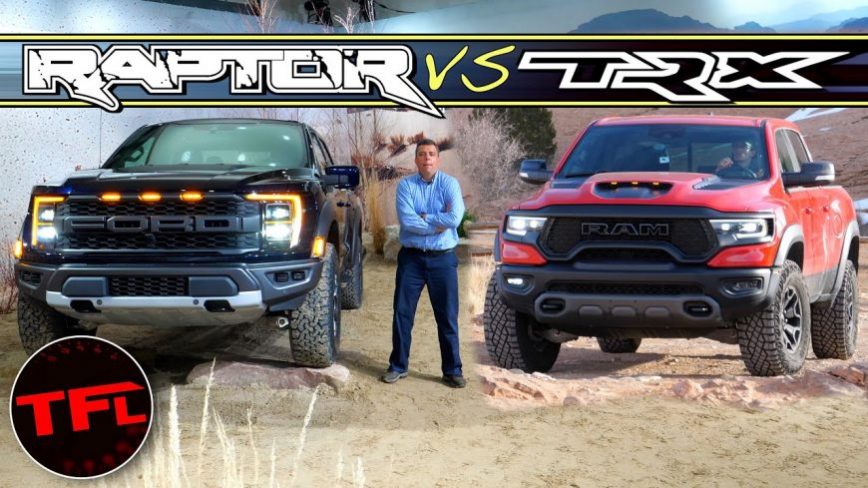