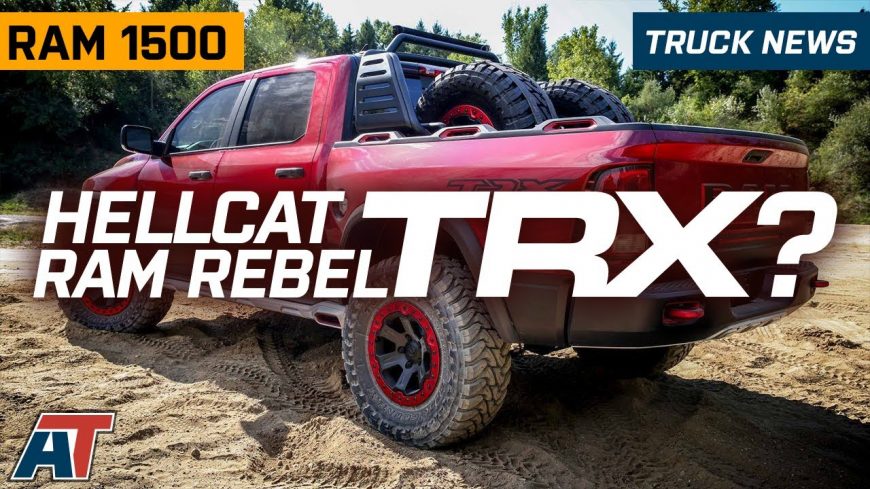 When talking about Dodge, there was a day where the SRT-8 was the creme de la creme. The line boasted a naturally aspirated v8 that would crank out some serious power, depending on the application. It seemed as if this was the SUV to take down all SUVs on the performance front.

As we know, more recently, the Hellcat package has put the top tier of Mopar mass production in the whole new world of power. By supercharging its big, bad v8s, Mopar really changed the game. This application blew the door wide open for the brand to seize the performance landscape.

Up until now, the only “truck” that the platform has found itself into is the Jeep Grand Cherokee. The Trackhawk really blew us away as it proved that even heavyweights could bring something to the drag strip. This time, though, the Mopar operation is throwing the Hellcat designation into the heavyweight ring.

The power plant is put in place alongside the revived “TRX” nameplate which indicates that this truck might just have a little bit of kick under the hood. It’s been some time since there has been a competitive production performance truck outlook and this truck might just light a flame under that game once again! It appears as if the Raptor is going to have a bit of competition on the market.

Finally, the details have come out on the truck. The folks over at AmericanTrucks Ram have put together a comprehensive look at everything that we can expect from the TRX including the Hellcat variant. Needless to say, this is going to be an exciting truck no matter what the options!

Oh yeah, did we mention that if this thing hits production, it’ll be the most powerful half-ton in existence? It seems like a callout, Ford, and GM. It’ll be interesting to see where this one goes.

« The “Boaterhome” is Half Boat, Half Motor Home, All Fun