GoPro footage has surfaced from a racing machine that was participating in a track day at Interlagos, a popular race track in Brazil. Everything seemed to be growing as according to plan as the racing machine made its way off of pit road. However, upon getting to the end of pit road, the race car driver would be greeted by a surprise.

Blocking the lane entirely, a Mercedes-Benz GLA was attempting to make a U-turn in the tight stretch. Naturally, as you might’ve guessed by now, this wasn’t a machine that was supposed to be involved in the race in any way.

I have to admit that upon watching this video for the first time, I might have cast a little bit of judgment on the driver of the Mercedes Benz. However, upon doing a little bit more research, it looks like they might just get a pass.

This isn’t the first time that something like this has happened at the track, it leads us to think that there might be something in common between the situations that isn’t necessarily driver error. Instead, some who are familiar with the track seem to indicate that a lack of proper signage is what leads to these sorts of situations.

It seems as if the facility is one that might host multiple events at the same time. The track is said to have been notorious for putting together makeshift directions to guide folks around the facility. Sometimes, these directions might end up putting somebody in a Mercedes-Benz on a hot racing surface. 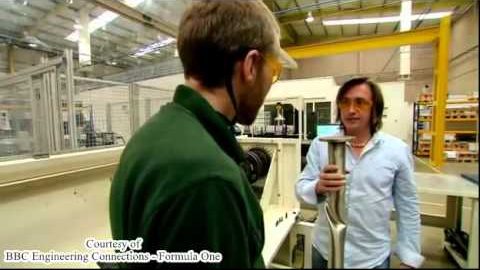