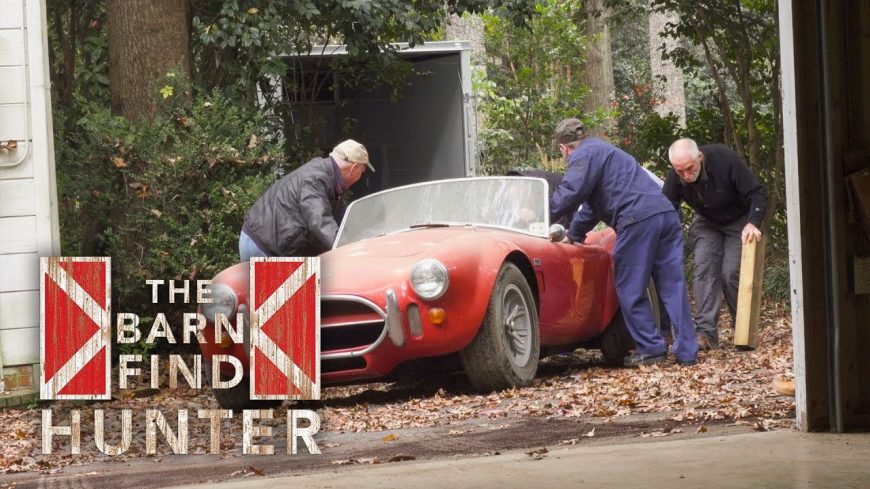 Tom Cotter lives a live we are completely envious of, but sometimes things are a little more difficult for Tom and the amazing rides he finds than what we see in his Barn Find Hunters series on Hagerty’s YouTube channel. In this special episode, we get a close up look at some of the hard work that goes into transporting the rides that Tom finds in his travels around the country.

On the last episode, Cotter found what he considers to be his greatest find to date when he stumbled upon an abandoned home with a garage housing, among other rides, an original 1967 Shelby Cobra 427 and a 1966 Ferrari 275 GTB/2 Long-nose Alloy Coupe. Tom estimated the value of this find at around $4 million, though of course the accuracy of that number will depend on what the cars actually bring when they go to auction next month.

This episode, however, is all about the move. The Cobra moves pretty well, so the only issue with getting it loaded up is Tom’s trailer being too low to make it up the driveway, so they have to get creative by loading it into a friend’s trailer, then transferring the car from one trailer to the other. The Ferrari, however, is a completely different story.

It appears the front brakes are clamped down tight, leaving the car basically immobilized. However, the crew brought some wheel lifts that allow them to spin the car into position and roll it up to the trailer door, but the small, hard casters on the jacks won’t make the transition onto the trailer ramp, so from there the only option is to rely on the power of the winch itself to drag the car up the ramp and into position.

These two cars were delivered to a secure warehouse where they will remain until time to auction them off. The other cars in the garage will remain in the owner’s possession and will hopefully be restored. We’ll keep an eye out for information about what the Cobra and Ferrari bring at auction, I know I can’t wait to see what they sell for.