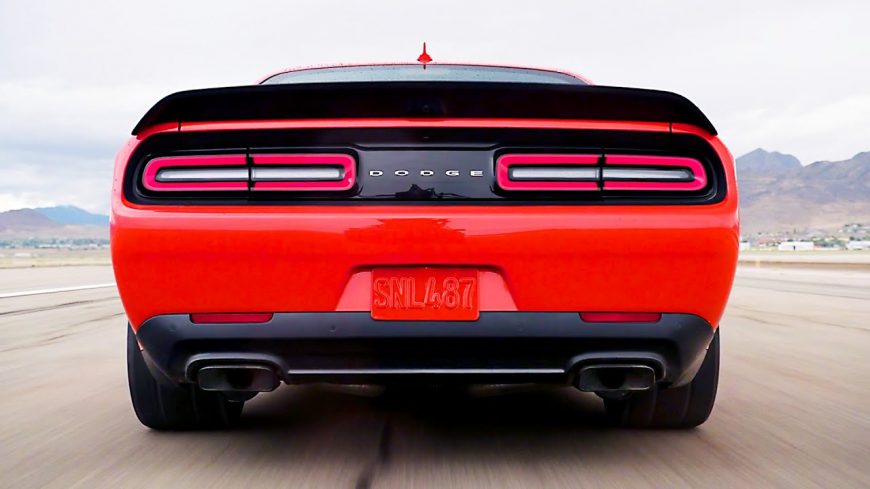 When Dodge released their Dodge Demon, they really made a statement. However, that wasn’t where they were about to stop. After setting the world on fire with the model, it seems like they have absolutely learned a lot. With these teachings that the Demon release delivered to Dodge, they’re moving into 2021 with yet another strong offering.

It’s kind of crazy to think that we’re actually going a little bit backward here. The 807 hp offered up by the Dodge Challenger Super Stock isn’t exactly going to be the 840 hp on tap with the Demon. However, the Super Stock will have an abundance of features that really make the juice worth the squeeze. In turn, as the Demon is no longer produced, the Super Stock will claim the title of the most powerful production car of 2021.

On paper, the machine really continues to sound great. In fact, it promises quarter-mile times in just 10.5-seconds. While Dodge may be met with a little bit of skepticism because the Demon never quite lived up to their lofty 9.65-second promises in real life, the 10.5 range seems rather doable for a car in this bracket.

Throw in the fact that it comes equipped standard with drag radials and we can really see where Dodge is going with this one.

By following along with the video below from YOUCAR, we’re delivered the sights and sounds of what one will be able to expect when 2021 Dodge Challenger Super Stock finally drops. In addition to the screaming sound of the supercharger here, we’re also dialed into a couple more metrics that show how the model stacks up. If releases like this say anything about the future of what Dodge has up its sleeve, it’s something that we can certainly get excited about.

It seems as if the brand is almost single-handedly taking muscle cars to a new level.