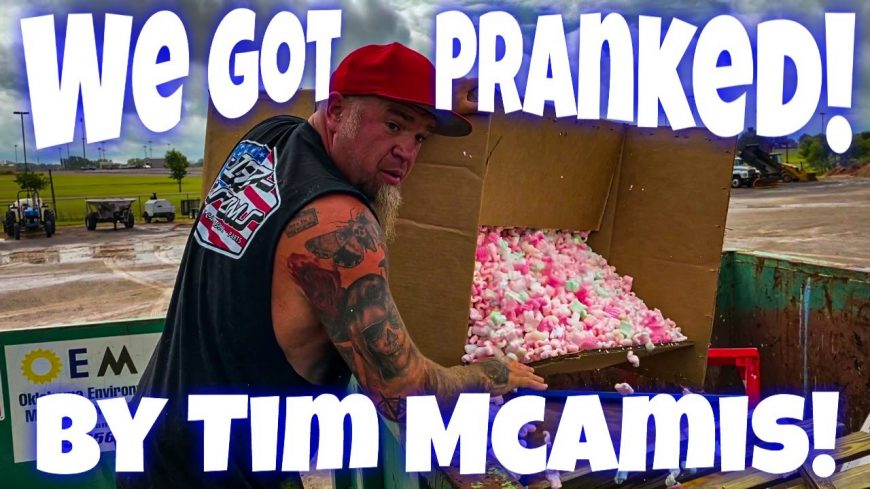 UPDATE: Tim shows his side of the prank (See second video!)

When you work with somebody for long period of time and get to really understand how they operate, the pranks are sure to follow. It seems like Murder Nova and Tim McAmis Performance Parts have a pretty long-standing relationship. Over the years, we’re sure that Shawn has spent a good amount of money with the brand. One peek across the Tim McAmis Performance Parts website shows off all sorts of high dollar parts, accessories, and even entire chassis setups.

Therefore, when Shawn needed an inexpensive part, the “Wasting my time” joke began to circulate. McAmis also saw the perfect opportunity to play a bit of a joke on Shawn. As the two had been going back and forth, joking about wasting time, it looks like this prank would serve to do just that.

It all started it when 187 Customs received a massive box from McAmis. This was the first red flag because the bracket that Shawn ordered was relatively small. As if that wasn’t enough of a red flag, getting a text from the McAmis camp asking if he opened up the box yet was a dead giveaway.

Something fishy had to be going on!

Expecting that the overly lightbox had nothing but trash in it, Shawn proceeded with caution. He predicted that inside, there may or may not be the parts that he ordered. However, what he was confident in was the fact that the box would have tons of small pieces that would end up all over the shop.

Therefore, the whole ordeal was taken straight to the trash where it was opened up and immediately sifted through. The video below shows the prank coming to life. Even though it seems like Shawn kind of figured out what was up, it still seems like he ended up being the perfect victim!

Tim is working in the shipping department and 187 Customs ordered tabs again. This is what happened.

We wouldn’t be too surprised if this serves as the beginning of an epic prank war! – 187 Customs  – Tim McAmis Performance Parts