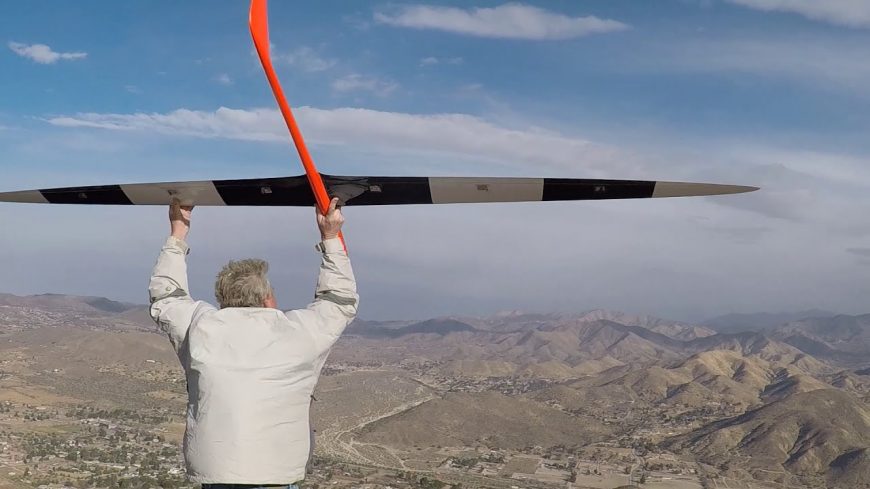 Some of the things that we see in the scaled-down hobby world are downright amazing. Whether it’s imitating real-life or stretching the laws of physics in a way that the larger scale couldn’t imagine, we definitely see some pretty crazy phenomenon happening over in the remote control community. One never knows just how far one of these hobbyists is going to stretch the capabilities of these tiny little monsters.

This time, we get to check in with some footage that is actually claiming to showcase a world record. In this one, we follow along with a process that is known as “dynamic soaring.” Essentially, with dynamic soaring what happens is a glider or similar aircraft takes advantage of the natural flow of the wind. You see, when certain wind currents come together, they have a way of pushing an aircraft through the air and even managing to force it to go to insane speeds.

The next thing that one might find themselves asking is how an airplane like this is a remote control if it’s not propelled by an electric motor or otherwise. While there might not be a motor used as a means of propulsion onboard this mini monster, there is a motor used to control the surfaces that guide the craft’s direction.

The previous record, as reported but The Guinness Book of World Records shows a German craft with rocket power flying to a speed of 465.544 mph. It’s pretty wild that this craft lays claim to speeds a touch faster, all without any sort of onboard propulsion at all!