The Real Cost of Owning a Bugatti Beyond Purchase Price 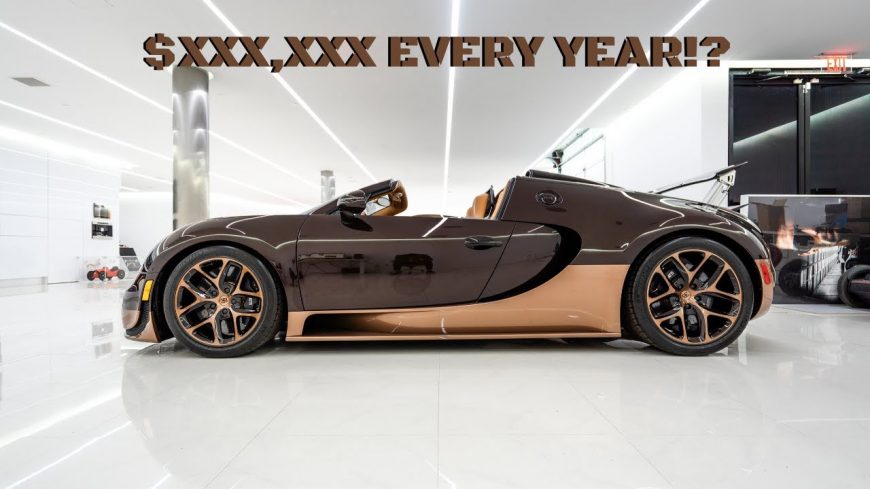 When it comes to picking out a car to buy, there is a lot to consider. One of the things that might be on some people’s lists would be the maintenance costs. Now, with a traditional automobile purchase, this probably isn’t going to be as much of a consideration. After all, maintenance with most regular vehicles is going to be about similar.

Some of the high-end luxury cars or diesel trucks that we see on the road might be exceptions. Even then, the fluctuation isn’t life-altering. Generally speaking, though, with the vast majority of cars, things like tires, oil changes, and other general maintenance aren’t going to fluctuate much. However, when we start to get into high-end exotic cars, that’s simply not the case.

When it comes to machines like the Bugatti Veyron, it’s certainly no secret that it’s one of the most expensive on the road. However, even if somebody hit the lottery to buy one of these things, that doesn’t necessarily mean they could maintain it. When we take a look at the rundown of what it costs to keep up a car like this, it’s nothing short of mind-blowing. Even the likes of the tires cost more than most cars’ sticker prices.

From what we learn here, the rubber comes in at a cost of $38,000. That doesn’t even consider the wheels that cost $50,000 and are recommended to be changed out every 10,000 miles. Nope, we’re not kidding. A new set of wheels is recommended for an average year’s worth of driving. Meanwhile, an oil change on a car like this comes in at $25,000.

After watching a video like this and hearing the rundown on what everything costs, it’s hard to not be blown away. Some have speculated that the company is simply taking advantage of the massive wealth of its consumers. Meanwhile, others argue that the process and risk in handling the cars make the price tag worth it.

After dialing into a video like this, what do you think of the maintenance costs of such a high-end vehicle?