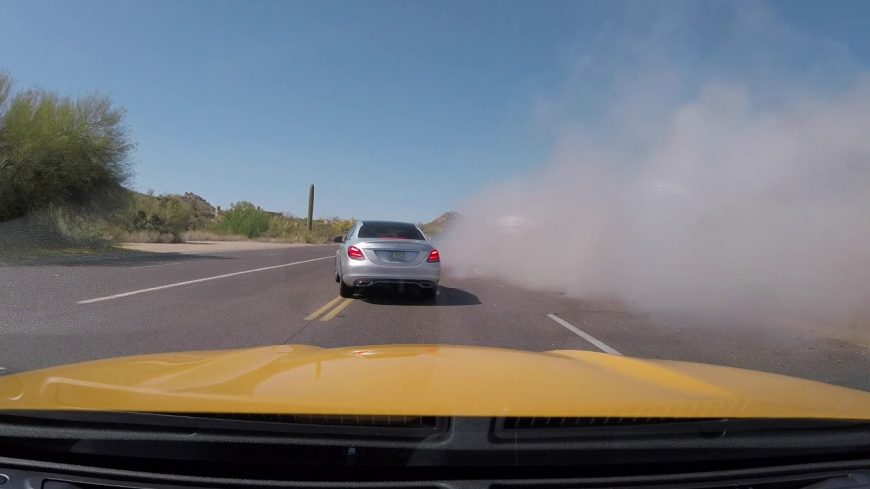 When someone else on the roadway feels that it’s appropriate to put you in a dangerous situation, it can be infuriating. Practicing patience and safe driving on public roadways are paramount and people doing otherwise put not only themselves in danger but also everybody around them.

With that, in some situations, there is a bigger story than what we think we see on the video. However, this time, the video that we do see looks pretty clear. If we had to sum it up, we would basically say that the individual pictured in the Jeep here ended up trying to overtake another vehicle in a very dangerous situation.

We would probably guess that the individual behind the wheel of this Jeep wanted to get somewhere more quickly than traffic would allow. Therefore, they cut directly in front of another driver while weaving into a tight spot. While the driver behind the wheel of the Jeep did manage to find a way into the lane, albeit narrowly, they wouldn’t be able to anticipate what was coming next.

A smart driver keeps their eyes down the road, not looking at what’s happening now but what will be happening in a couple of seconds. However, it turns out that you can’t always see what’s ahead if you’re going too fast and there’s too much traffic. In this case, that very situation would unfold right in front of our eyes as the Jeep would have to lock up the brakes, skating off of the road and going airborne!

Before we know it, the car is a mangled mess, sitting in the middle of the highway after the incident without touching any other vehicles. We have no word on if any injuries occurred from the incident or not.

This is definitely one expensive lesson that had to be learned the hard way.

« UPS Guy Refuses to be Defeated by Icy Driveway