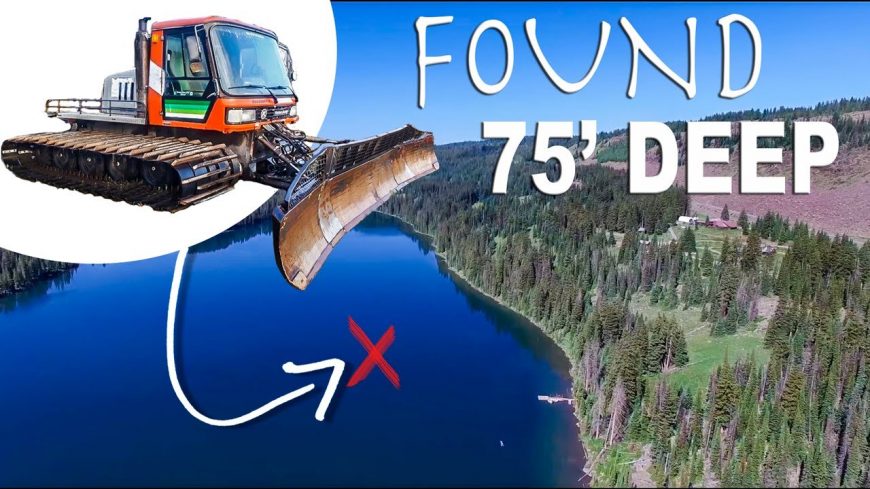 When it comes to an underwater recovery, things might seem simple to the casual observer. After all, it just looks like the people behind the job sling a strap around the item to be recovered and bring it up.

However, in reality, things can get a little bit more complicated. The nature of complications of recovery like this is going to depend on a variety of factors. Things like weight and accessibility are definitely going to come into play when considering bringing back a machine from the depths of the watery abyss.

This time, we follow along with the Adventures With a Purpose YouTube channel as they attempt to recover a heavyweight. The Snowcat in question is a 15,000-pound machine designed to traverse the snow and cover a variety of utility-based tasks. This time, however, such a Snowcat ended up 75 feet under the surface of the water.

When the machine was lost under the ice in early February, it was believed to be due to a loss of traction. One thing would lead to another and the tracks would end up digging themselves into the ice before wearing it too thin. Unfortunately, two lives would be lost as the machine would plummet beneath the surface of the ice to the bottom of the body of water.

This time, we check in with the recovery mission as it summarized in just under an hour. This certainly isn’t an easy mission. However, with the right equipment and a little bit of know-how, we watch as the machine is eventually brought back up once again. These guys make it look easy but that’s definitely because of the hours invested in the proper experience.

By following along below, we get to watch that experience unfold to go get the monstrous machine at the bottom of the lake!