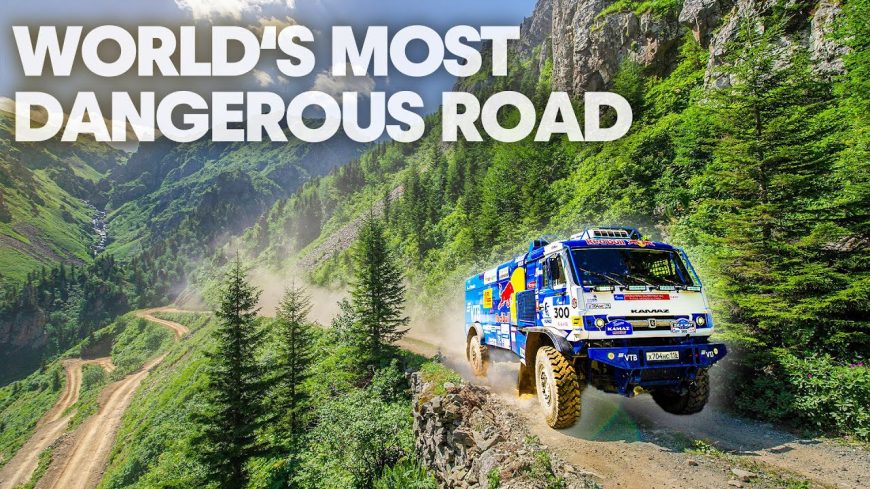 If there is one thing that Red Bull has shown us, it’s that they definitely are willing to push the limits in their marketing. By investing in a variety of different extreme sports and throwing in some wild creative, they’ve put on a show. One might even argue that they have one of the best marketing teams around. Not only do we tend to forget that we’re being advertised to. We also can’t wait to see what they have coming next, Red Bull branding and all.

This time, we catch up with the crew as they’re taking things to a new level yet again. This one is going to focus on a showdown between two very capable competitors. In one corner, we have the help of the Red Bull rally-spec Ford Fiesta R5. Naturally, this machine is designed for tight turns and rough terrain.

In the other corner, we have the Red Bull Kamaz truck that’s made more for open desert racing.

Watching these two machines throw down in any capacity would have our attention. However, Red Bull really made things interesting as they took these incredible rides and threw the most dangerous road in the world in their direction.

Located in North East Turkey the highway known as “D915” was built in 1916 by Russian soldiers. The road provides over 60 miles of treacherous terrain, including 13 hairpin turns. One false move and things could get pretty sketchy in a hurry.

By following along below, we get taken inside the action to see how these performance vehicles stood up to the challenge.

In addition to it being a challenge for the drivers, being able to film also came with its fair share of hazards. After watching something like this, who knows what Red Bull could possibly manage to come up with next?