Reliving the Not so Spectacular NASCAR Career of Travis Pastrana

Reliving the Not so Spectacular NASCAR Career of Travis Pastrana

In the world of motorsports and extreme sports, Travis Pastrana has built quite a ...

In the world of motorsports and extreme sports, Travis Pastrana has built quite a career for himself. It seems like he has delved into all sorts of adrenaline-pumping ways to make a living. While many probably know him best for his talents behind the handlebars of a dirtbike or maybe for wheeling a rally car like he stole it, that isn’t where the efforts stopped.

Instead, Pastrana also took a shot at a NASCAR career along the way as well. Having a firm grip on rally racing, it would seem like NASCAR would be a shoo-in for the driver. When navigating all sorts of different terrain and tough courses in rally, NASCAR would provide a more straightforward race on a paved oval track. However, as it turned out, NASCAR wasn’t exactly all smooth sailing.

Pastrana started out stock car racing around 2011 when he would take on the K&N Pro Series. While the early races would throw a learning curve at Pastrana, he would keep pushing. Eventually, his efforts landed him a ride in the Nationwide Series which threw even more challenges in Pastrana’s direction.

It turns out that a big part of being competitive in NASCAR, though, is having the right team behind you. While it might seem like the cars are relatively similar, more money and talent in the pits and behind the scenes is integral to winning. This is why most competitive drivers are from a select number of high-end teams.

By 2013, Pastrana would land a ride with Roush Racing. You don’t need a NASCAR handbook to tell you that Roush is a big-time player. This role would enable him to gain access to some top-notch equipment that was sure to make things a bit easier. Pastrana did elevate his game from there. However, a total of four top tens and an average finish of 21.3 wasn’t quite enough to keep him going. He did manage to land 14th in the standings, though.

At the end of the day, Pastrana’s NASCAR career didn’t last very long. He would leave at the end of 2013 for a variety of different reasons. We wouldn’t necessarily consider Pastrana somebody who quite made it to the NASCAR marquee. Who knows what could’ve happened if he kept with it, though? Perhaps a little bit more wheel time could’ve had this adrenaline junkie competing for a title.

Down below, the crew from Black Flags Matter takes us inside the short-lived NASCAR career of Travis Pastrana. 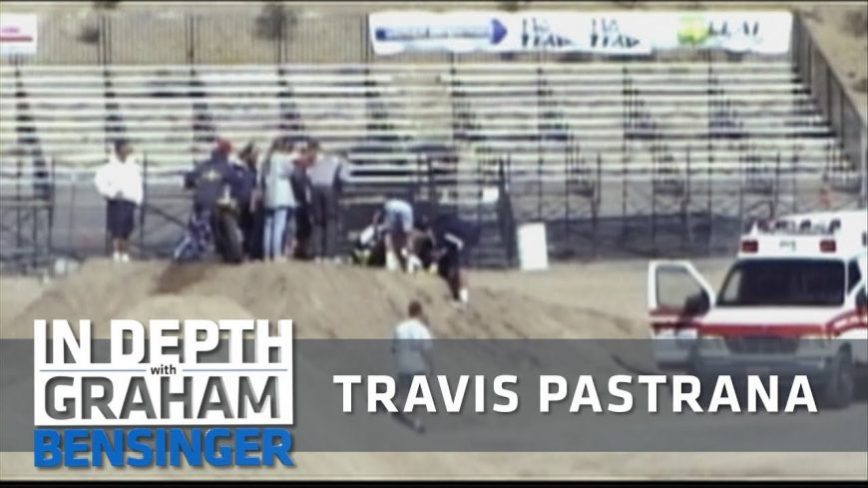