Remote Control No Prep Racing is Serious Business With $18,000 Purse at “King of the Street” in Vegas

Remote Control No Prep Racing is Serious Business With $18,000 Purse at “King of the Street” in Vegas

Over the past couple of years, there has been a corner of a drag racing community ...

Over the past couple of years, there has been a corner of a drag racing community that has been quickly exploding. That corner of the community is known as “No-prep racing.” For those unfamiliar with the way of racing, essentially, it’s a traditional drag race minus all of the sticky stuff and rubber on the track that promotes traction. During the typical drag race, the surface is prepared to be able to handle horsepower. However, with no prep, things go the opposite direction.

It seems like no-prep really blew up overnight. When it first came out, the way of racing was rather controversial as people argued that it kind of defeated the purpose. However, numbers don’t lie and the number of people who are interested in this sort of racing has kept it around for quite some time now.

While trying to figure out what the next frontier of racing is going to be, we have to look absolutely everywhere. This time, we check out a form of drag racing that isn’t exactly what most would expect. When we think about it, though, neither was no prep.

This time, the drag racing is taking place on a slightly smaller scale. Instead of 1320 feet in length, these tracks only span all of 132 feet, exactly 1:10 of the size of a quarter-mile strip.

By following along with the video below, we are taken inside of an event straight out of Las Vegas that’s called “King of the Street.” In this event, remote control cars throw down on a no-prep surface for a grand total of $18,000 in cash. The winner-take-all tournament started with 240 racers that threw down in over 250 head-to-head races. When push came to shove, only one competitor would reign victorious and we might have just discovered the next big thing in racing! 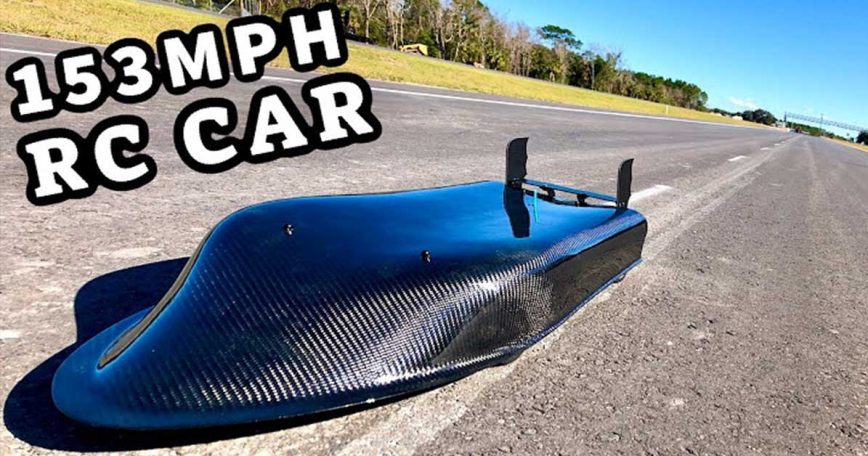