Remote Mounted Supercharger Makes Use Of Second Engine… But Why?

Remote Mounted Supercharger Makes Use Of Second Engine… But Why?

Here at Speed Scoeity, we post tons of automotive related content. With a variety of different articles being posted each day, there are certainly tons of different concepts that we come across. Some of them might be a well-executed mainstream concept. However, on the other hand, we also see our fair share of crazy ideas that never seem like they’re going to work. Some of these things really just seem far-fetched and like somebody had a little bit too much time on their hands. This is certainly one of those concepts. We have to admit, though, that we are loving every last minute of it.

The idea here is actually quite logical. However, there are some things that, in theory, might make sense, but in practice, really don’t. For example, when a supercharger is hooked up to an engine, it’s basically a parasite to that engine’s power. The net gain will be positive. After all, the supercharger is designed to make more power. However, in order to get that power, the supercharger uses a belt that draws off of the engine’s horsepower. At the end of the day, it makes sense but ideally, a supercharger would be much more efficient without this draw.

This time, with Hoonigan, we take the opportunity to see somebody who thought that concept through and decided that they would try to perfect it. Normally, for those who were that concerned with a parasitic draw, a turbocharger might’ve been a way to get around it. However, this build focuses on a secondary motor to spin the supercharger, instead. All of these components are essentially strapped to the front of the car and it makes for a pretty interesting series of factors that all come to life. It’s kind of hard to wrap our minds around it, but I guess seeing is believing! 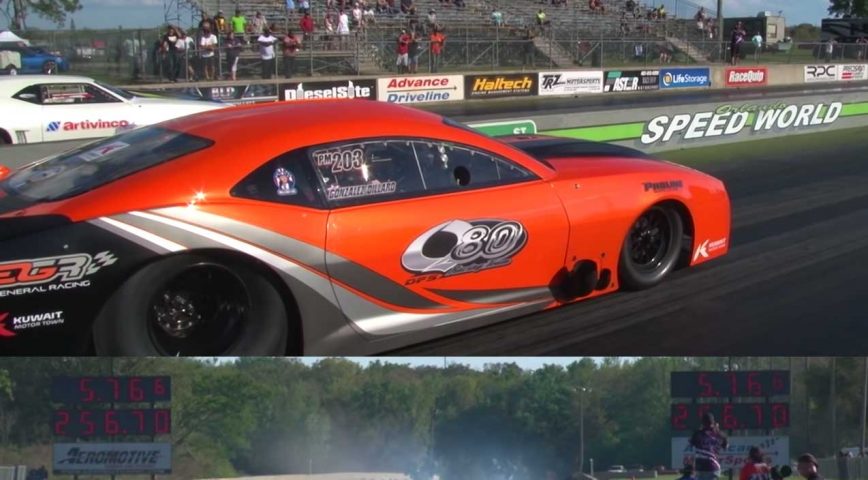