Removing A Locking Lug Nut Without A Key

Removing A Locking Lug Nut Without A Key

For those who have a locking lug nut on their car and seem to have misplaced the key, ...

For those who have a locking lug nut on their car and seem to have misplaced the key, rejoice! Just because you’d lose your head if it wasn’t attached doesn’t mean the wheel in question is doomed. Instead, there are garage hacks to overcome most situations. A stuck wheel lock without a key is one of them.

The plan is quite simple, actually, and can save a massive run around. There’s no need to try and find the proper key to get the lug nut off. Instead, this time, we’re going to be working a little bit smarter instead of harder. After all, it usually provides a much more satisfying outcome, at the end of the day.

The feeling of thinking that you’ve run out of options with something like this can be frustrating. After all, the job has to get done. With a little bit of brute force followed by some finesse, a lock can be removed with just a couple of simple steps that will have the wheel off in no time. This is definitely one that should be added to anyone’s arsenal. It could theoretically be used in a couple of different situations as well.

Essentially, the concept is to take a socket and pound it on the lugnut in question. By doing this, essentially, said socket will become stuck on the lugnut and hopefully be able to grab it. This could also be done for those pesky bolt heads that have been rounded off. Unfortunately, it’s a more common phenomenon than we would like to deal with.

Check out the tutorial below that may just shed some light on how you can save some time and avoid getting a major headache with this household hack. If it weren’t for these helpful tips, time in the garage would be much more frustrating. A little bit of creative problem solving can go a long way! – Tavarish.

Start Your Car With a Rope (Dead Battery Life Hack) 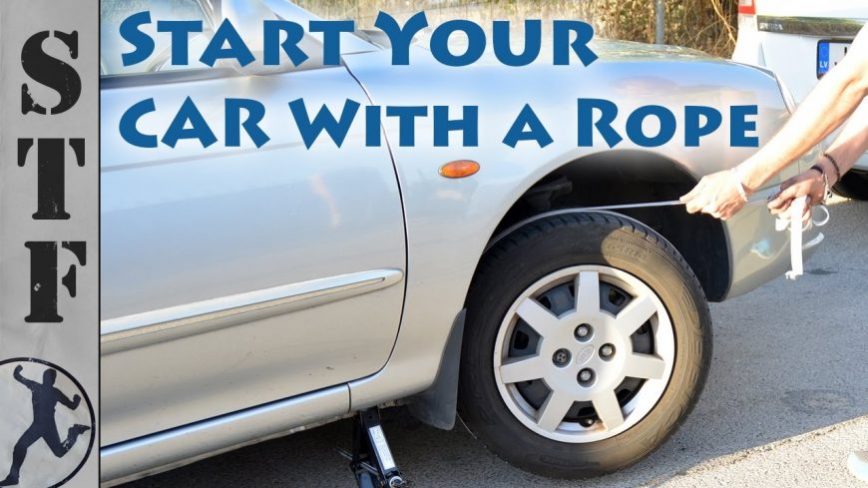