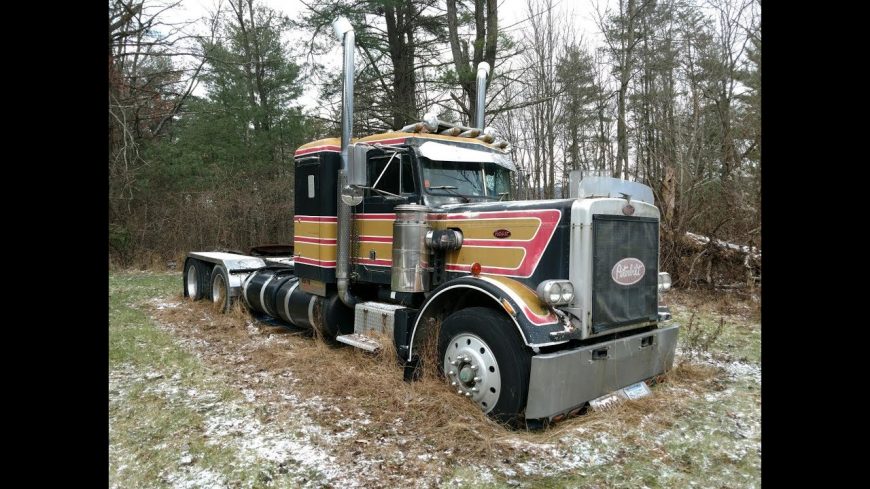 When something is left behind and forgotten about, then that thing, in this case, a vehicle, can tend to pick up a certain sort of mystique depending on the way that you look at it. See, to the gearhead community, at least, when you come across something like a 1977 Peterbilt that’s been sitting in the weeds for almost 2 decades, sure, the beating that mother nature has probably put this thing through is going to degrade the quality, however, there’s a quality to the condition that can really get the blood pumping.

This time, we check out group of guys who were faced with exactly that task, really taking this bull by the horns as they have stumbled across an old-school big rig, one that hasn’t seen very much love in years that will soon be taken on by a group of enthusiasts who aren’t going to take “no” for an answer when it comes to at least trying to get this thing back on the road again.

Not only are we able to see this old-school ride and all the patina that it’s gathered over the years but we’re also able to take a critical look at exactly what it is that they try to do to revive this thing that has been sitting. After all, all of that time without being run has to take a toll on the engine as rust starts to accumulate in full force along with the internal myriad of components that probably won’t be too happy after drowning in sludge all this time.

If you follow along with the video below, you’ll be thrust straight into the action, seeing just how likely these guys are to be able to breathe some life into this old-school rig once again. It’s certainly an uphill battle so let’s see how they do in toughing it out and trying to win in this matchup of man against machine.