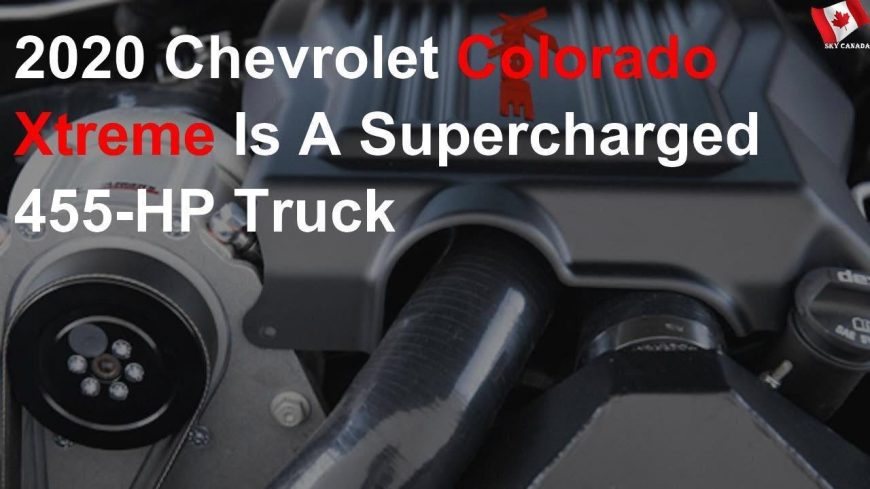 These days, it seems like a lot of automakers are incredibly conservative. We’re in an age where things are quickly transforming and the major automakers have some stout competition. In this environment, maybe taking chances isn’t something that they’re at liberty to do. However, over the years, we have seen some pretty neat creations when they did think outside the box more often.

These days, we turn to the aftermarket to step in and try some of these over-the-top ideas.

What Was the Original “Xtreme”

One example of outside the box thinking is the “Xtreme” version of General Motors S-Chassis trucks. In both the Chevrolet S10 and Chevrolet Blazer in the late 90s and early 2000s, we would find the option for the Xtreme package.

Basically, the truck was GM’s way of trying to reach out to the younger generation of the time. They did so with a lowered suspension, custom wheels, and even a body kit. Just to give the unfamiliar an idea, the truck’s 1999 release date and styling did a really good job of coinciding with the original “Fast and Furious” era.

The concept would later be axed in 2004.

In the year 2020, it has been nearly two decades since we’ve seen the Xtreme. Weird, right?

As it turns out, the same company that is responsible for Yenko has been producing vehicles that stroke both 90s and 2000s nostalgia. Last year, we would see a new rendition of the GMC Syclone come to life.

For Specialty Vehicle Engineering, 2020 is the year of the Xtreme. With the package that they call the “Next Generation Xtreme,” we find a boatload of nostalgia. The truck also comes with some trick parts as SVE touches on most components of the truck from suspension to interior.

Like their Syclone tribute, the Xtreme will also be built off of the Chevrolet Colorado/GMC Canyon platform. It will share the 3.6L V-6 paired with a centrifugal supercharger system. The combination will provide 455 hp. The truck will have the option of either 4×4 or RWD.

Perhaps one of our favorite parts is that the truck will have a warranty and pass emissions in all 50 states.

Pricing on the truck hasn’t been released by SVE.

The package seems to have similar upgrades to the brand’s version of the Syclone which was $39,995 on top of the price of the truck.