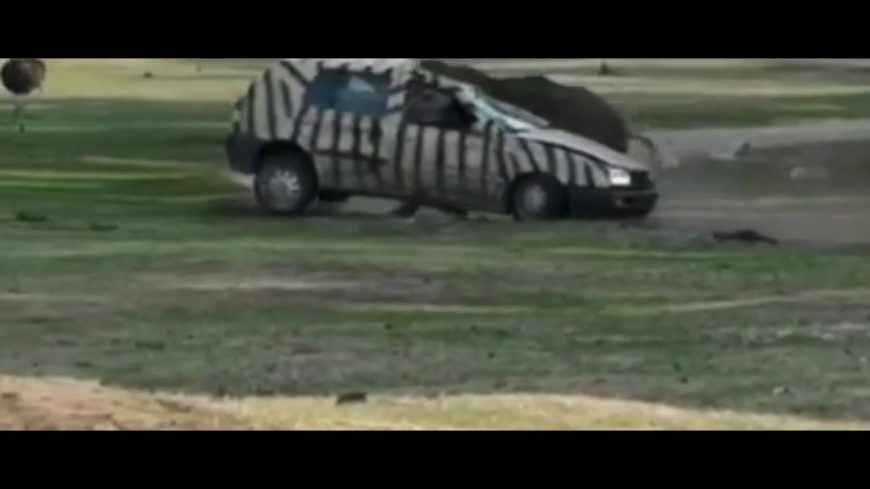 In some situations, people doing their jobs realize that there is danger lurking over the horizon. For a zookeeper, they probably know that they have to stay on their toes just in case an animal comes after them. While the environment is controlled, one can never really know what an animal is thinking. These professionals go into their jobs knowing that they are taking a measured risk.

This time, we check out a scene from Serengeti Park in Hodenhagen that got a little bit more intense than the average day. From what we understand a 30-year-old rhino bull by the name of “Kusini” had a bit of dangerous fun a couple of days ago.

As a zookeeper approached the area that the rhino was standing, the animal began to act erratically. Before we know it, the massive creature was simply bullying around the zookeeper’s car. It almost seemed like an incident that had no end in sight.

This wasn’t a simple one-and-done incident. Instead, the animal continued to push around the car for what seemed like nothing short of an eternity. The display simply shows off the brute strength of such a creature as it rolls the car over multiple times. The small machine stood no chance against the massive rhino bull. It was actually a little bit terrifying to watch as the bull made its presence felt in the German safari park.

As far as the zookeeper goes, they were able to make it away from the incident with only minor bruises and scrapes. We would consider that a triumphant victory as opposed to what could’ve happened. Even though the car couldn’t withstand the rollover, at least it kept its occupant safe inside! This story could have been completely different if the animal was more persistent in its endeavor.

« Look Out For That Gate! Dirt Bike Rider Flying Up A Trail Meets A Sudden Stop