It wasn’t all that long ago that we got wind of a new no prep car being built by a ...

It wasn’t all that long ago that we got wind of a new no prep car being built by a group that is well known for going fast. Jack French would own and fund the project, but Nick and Rich Bruder, the same brothers that are known for getting combinations kicked out of X275 competition, would be the brains behind the build, as well as Rich taking the wheel when the car hit the track.

The car, known as Vixen, would be built from a late model Dodge Challenger and would feature a wicked twin turbo powerplant that provides an insane amount of power. With a solid budget and plenty of experience and know-how between the Brothers Bruder, this car was destined to make a splash in the no prep world, and it’s certainly done just that.

While the lack of traction has kept the car from just running over the field, for these guys to show up as relative outsiders in the no prep game and immediately begin going rounds just proves what anybody who’s known the Bruders longer than Vixen has existed already knew: you might outspend the Bruders, but you will not out-work them. They do whatever it takes to make their cars fast, and Vixen is no exception.

As you can see in this video posted to the Team Vixen facebook page, they have the car going straight down the track. Lined up against Drag Week legend and no prep badass Larry Larson and his wicked S10, Rich does his job on the tree, getting a visible jump off the line and keeping the Challenger out front to take the win.

I hate to tell the guys in the no prep world, but the longer these guys work on the tune in this car and get more familiar with racing on an unprepped surface, the faster and more consistent they will be. Look for them to be true forces to be reckoned with in the very near future.

Vixen Vs Daddy Dave - What A Drag Race! 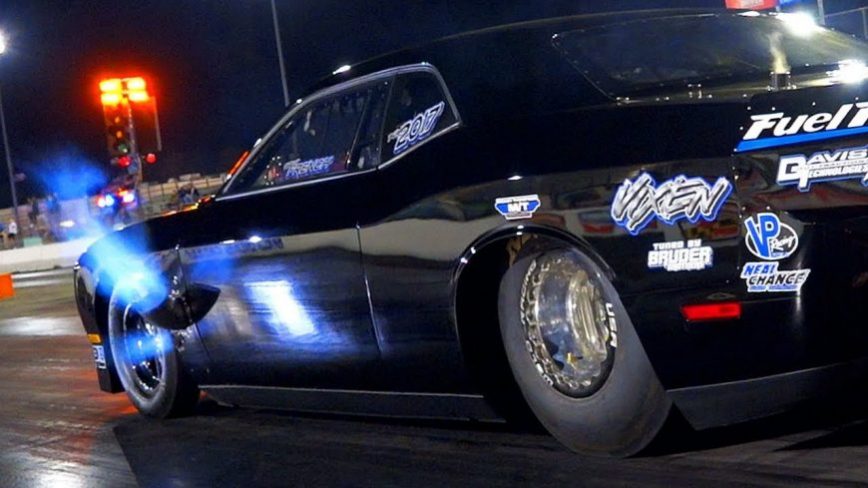