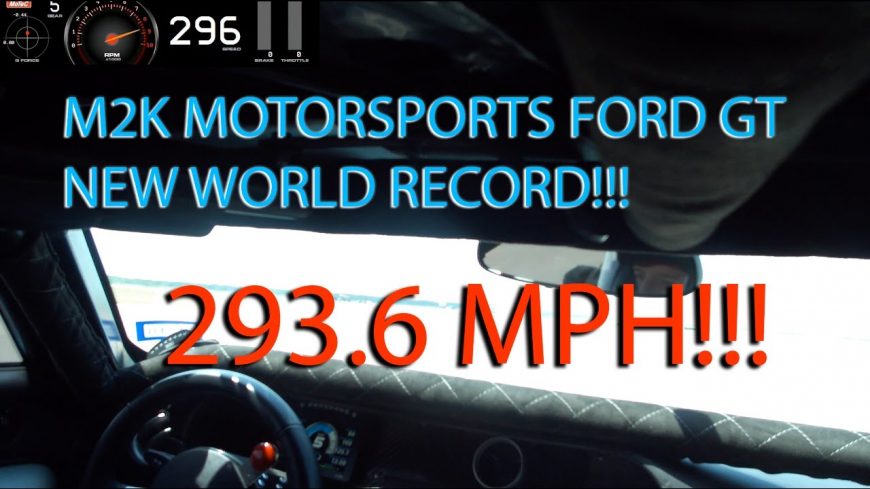 M2K Motorports took their wicked Ford GT to the Texas Mile and put up a massive 293.6 MPH top speed, setting a new world record and then going for a sketchy top-end spin. Luckily the car remained earth-bound, though, and the driver was so stoked from the run that the spin hardly seemed to register, and certainly didn’t keep him from tossing out a celebratory “Whooooo!” after the car came safely to rest.

M2K Motorsports has already vowed this won’t be their last record, and with this run having them within spitting distance of the mythical, once-seemingly-impossible 300 MPH mark, we’d say they’re as motivated as ever to step up just THAT much more to be the first to shatter the triple-century mark.

« A Runaway Jet Engine is Something You Don’t Want in your Back Yard!