Teslas seem to become more and more mainstream these days. In fact, we would argue ...

Teslas seem to become more and more mainstream these days. In fact, we would argue that they’re quickly becoming one of the most sought after cars on the roads. With all sorts of new and exciting technology, it’s pretty easy to get into the offerings from the company. The fact that owners will never have to stop at a gas pump again is also quite the perk to keep in mind. As time goes on and the product moves through its lifecycle, we’re at the point where we see how these things age. It seems like one of the major questions about EV technology is how they will perform ten or twenty years after production.

In turn, as they get older, we’re going to see their powertrains plopped in more platforms. This is the natural cycle of life in the automotive world. As powertrains get older and more affordable, enthusiasts grab them up and stick them in different vehicles. As Tesla begins to age as a mainstream brand, we’re even seeing that concept come into play with electric power. This time, we check out quite a unique machine that’s donning Tesla equipment. It comes in the form of none other than a BMW M3 built by EV West.

As far as BMW hardcore enthusiasts go, this car might be something that could hurt a couple of feelings. However, to the rest of us, we would be inclined to think that this car proves to be a real head turner for most. At this point in the lifecycle of electric components, it’s still a pretty odd sensation. When watching an M3 launch, we naturally expect some sort of combustion-related growl. However, when this one takes off, there’s a strange sound of tires that were left with. It’s certainly a unique experience!

For those looking to go even deeper, Rich Rebuilds takes the liberty of unpacking the build in the video below! 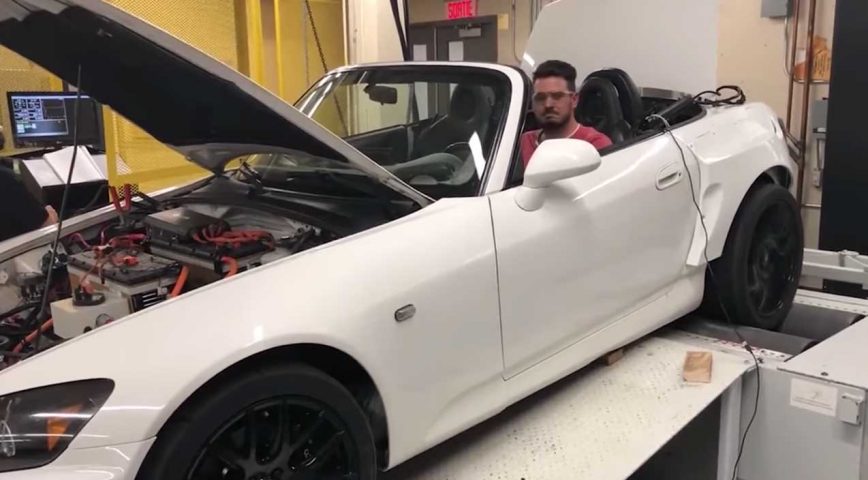