Rigged BMW Makes it Look Like a Dog is Driving, Pedestrians Love It! 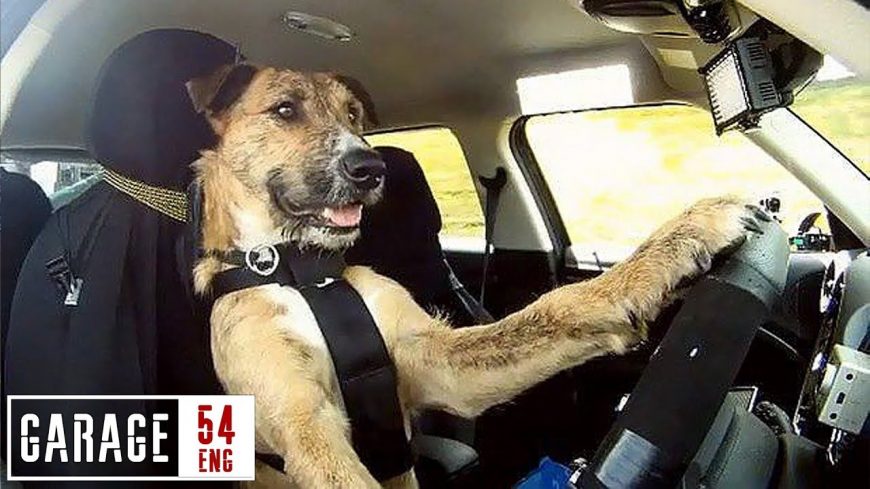 What’s life if we can’t have a little bit of fun? This time, we can see a little experiment that definitely shows off a good time. It’s coming at us from the Garage 54 YouTube channel. These guys really put on a display with this one. It certainly had people talking. We’re not sure where they come up with this stuff. We have to admit that we’re glad they do, though. A video like this had us clicking almost immediately.

For anyone walking around in the city, seeing a dog behind the wheel of a car would be a bit startling. For most, we would probably do about a triple take and question our sanity. Personally, for me, if I saw a dog driving down the street, I’m not sure that I would tell anybody. People would think I was downright crazy. However, this time, we check out a display that actually does look like a dog is driving around the city in the BMW.

In reality, the BMW in question has been modified to allow the dog to sit in the front seat while the driver sits in the back. Essentially, the steering wheel and pedals have been relocated into the back. This allows the driver to control all aspects as he normally would. The only difference is that he is sitting behind the driver’s seat instead of in it.

To say that this thing got a lot of different looks and confused glances would be the understatement of a lifetime. People really had to be going off of their rockers when they saw a dog driving a car down the street. We have to admit that this is one prank very well executed. The dedication to pulling off a clean end product really went above and beyond here.

This begs the question of if a dog would be better at using turn signals than a human BMW driver.