Road course legend Max Papis talks about his new steering wheel, and the difference it makes! 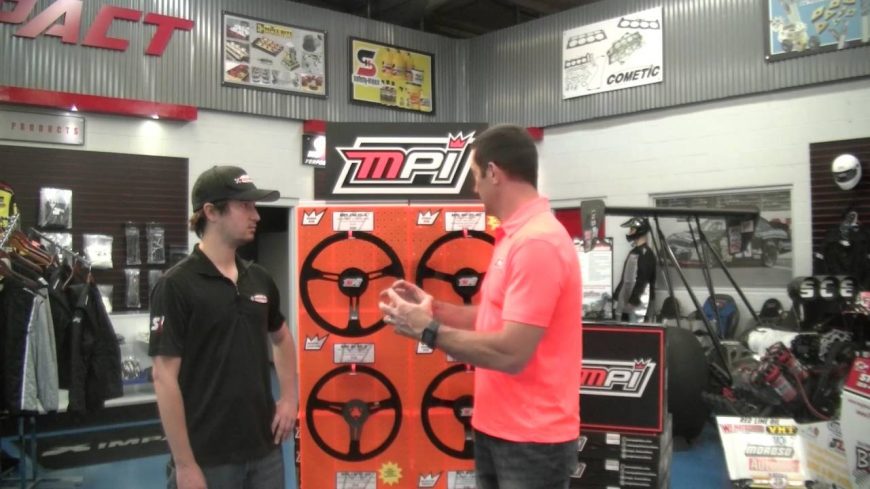 Veteran racer Max Papis decided to take a look at the steering wheel as one specific area that could be improved, and in this segment from SRI Performance, Papis discusses the changes made in his MPI steering wheels that set them apart from a typical wheel. He also discusses the differences between the models offered by MPI.

One thing Papis stresses is that the difference in price between his entry-level wheel and the top of the line offering is not in technology or quality, but in labor. He doesn’t delve into the specifics, but we’d imagine the top level wheels use more hands-on labor in the construction process, where are the lower level wheels likely use automated processes to speed up production and lower cost while still offering great quality.

Papis discusses the difference in his wheel compared to what was the norm when he started driving and how what seems like innovations in driver comfort also play a role in making the car safer. Old steering wheels were metal on metal, perhaps with a thin layer of rubber or leather to help the driver’s grip. However, Papis noticed how much vibration was transferred through the wheel into the driver’s hands and how it caused pain and fatigue, neither of which are ideal for a race that runs over the course of several hours.

This is what motivated him to build a wheel that focuses more on the driver’s comfort, reducing fatigue and giving the driver more comfort throughout the race. This would serve to make each car safer as well, as the driver would have better feeling and control from beginning to end. These are awesome innovations that all drivers should consider in their car.

« How To Bake a Cake With a Jet Car