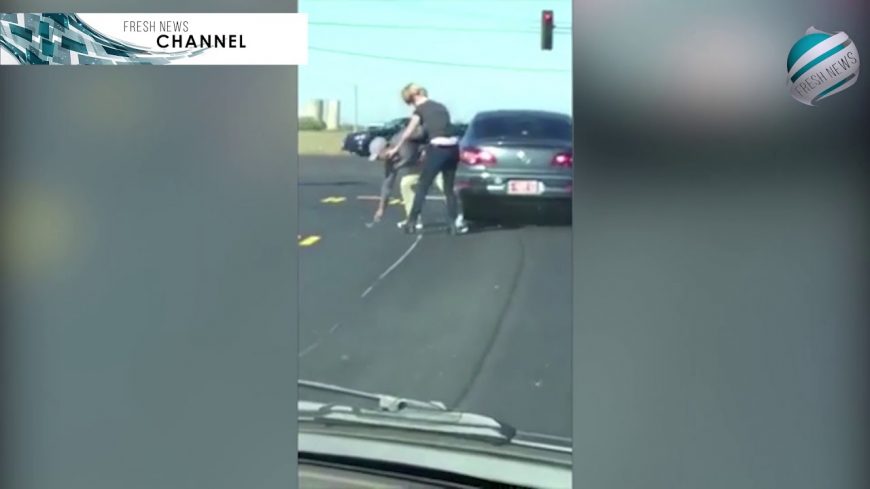 Sometimes, you just have to remove yourself from a situation and sit back, wondering what the heck is going on in somebody’s head. When 90% of people take a look at a video like this, I don’t think that they would be able to see themselves tied up in such a situation. However, it looks like we’ve come across somebody who actually did, obviously, as it was all captured on video when two women got into a wrestling match right in the middle of the highway. The result, well, it’s pretty cringe-worthy to watch as they continue on trying to come out on top in a battle that will never have a winner.

It’s unclear what kicked off this bout but I guess that a couple of women disagreed over something while in traffic and instead of just continuing on and ignoring it, a strategy that’s pretty effective in almost every situation on the roads, they decided to exit their cars and engage in physical confrontation, instead, a strategy that’s effective in almost no situation. The battle would roar on with them fumbling around on the blacktop, trying to teach the other a lesson, that is, until the police and other civilians would have to get involved to try and break it up. Good job, ladies.

If you follow along with the video below, you’ll be able to watch this wrestling match going wrong and see exactly how it all unfolded. With road rage incidents like this happening every single day, it really leads you to wonder what exactly is going on in some peoples’ heads to make them think that something like this would be a solution to any problem. I thought that most of us dropped this kind of attitude once we became teenagers, let alone, clearly grown adults who don’t know how to handle themselves.

« Own This Tool From Harbor Freight? You Might Be in For a Surprise! $100 Million Recall