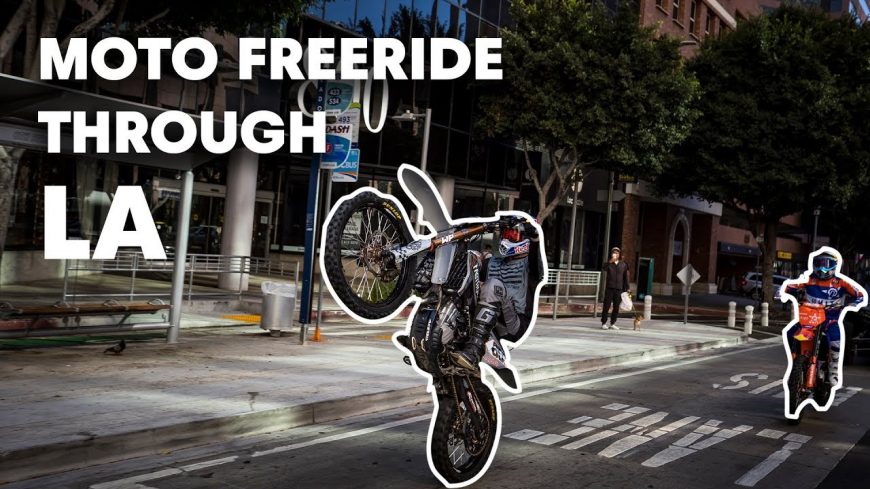 It seems like these days, sometimes we can’t agree upon much. However, we think that the one thing that most will agree on is their hate of traffic. Nobody likes to spend their time sitting in gridlock, able to do nothing to beyond staring at a steering wheel. Therefore, a couple of Red Bull athletes hopped to it, showing us their soluting to the problem. This is about the ideal daydream for anyone who has been in this predicament. Instead of a fantasy, though, this one comes to life!

Last time that we saw something like this, it was Blake Wilkey initiating the action. As he shredded his buggy through the streets of San Diego, Wilkey would find all sorts of different obstacles to play with. Unfortunately, the display would end with him facing a little bit of trouble from the law. As it turns out, turning the city into your own personal playground isn’t necessarily all that legal sometimes.

With the help of Red Bull, though, we’re going to assume that Tyler Bereman and Robbie Maddison got all of the proper permits. With that in mind, they would be able to shred without a worry in the world. It was time to blast as they would take their dirt bikes to various locations across the city. I know that everyone who appreciates motocross has thought about doing something like this before.

By following along with the video below, we get to watch some of the highlights of these two taking a bit of a short cut. Their adventures travel from the LA River to City Hall among other landmarks in the middle of Los Angeles. This is truly a once-in-a-lifetime opportunity. We’re not sure that anyone will ever be able to replicate an extreme display like this ever again.