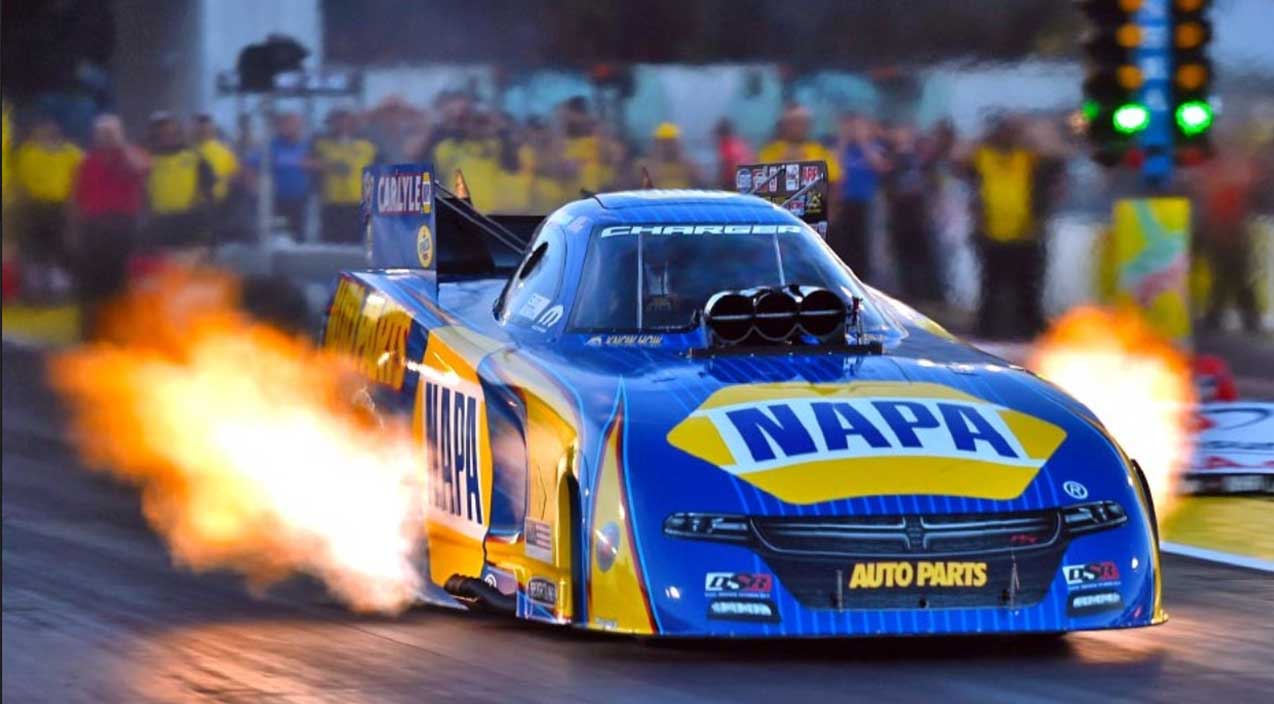 Team Speed Society’s own Ron Capps’ 2017 played out very similar to Steve Torrence’s. Both drivers won 8 events last season, and both drivers came up just short of winning the championship in their respective categories. While he hasn’t had quite that level of success in 2018, the second-winningest driver in Funny Car history did manage to reach a milestone with his victory this weekend in Charlotte.

With his final round triumph over JR Todd, Capps claimed his 60th career Funny Car title, only the second driver in class history to reach that mark. Capps’ route to victory at zMAX Dragway included wins over Dale Creasy Jr. in round one and current points leader Robert Hight in round two. Capps rolled into the semis with an opportunity to make up some ground in the points chase after eliminating Hight, and he made the most of the opportunity by taking out Tim Wilkerson in a great side-by-side drag race, 3.903 to 3.978.

The final round against Todd had promised to be a great matchup after JR laid down a 3.891 elapsed time in his semi-final race against John Force. However, tire smoke from Todd’s car around 400 feet into the run ended the drama as Ron’s Napa Nightvision Lamps Dodge Charger streaked to a 3.890 elapsed time and straight into the winner’s circle.

The win in Charlotte moved Capps, who’s known for putting together impressive win streaks, up to third in points and well within striking distance of Hight and Todd, the two competitors ahead of him in the Countdown. With two races remaining, including points-and-a-half up for grabs at Pomona, it’s far too early to count out the Rahn Tobler-tuned Charger. Look for them to roll into Vegas with a point to prove and the power to send a message that this team is not giving up on a second championship just yet.