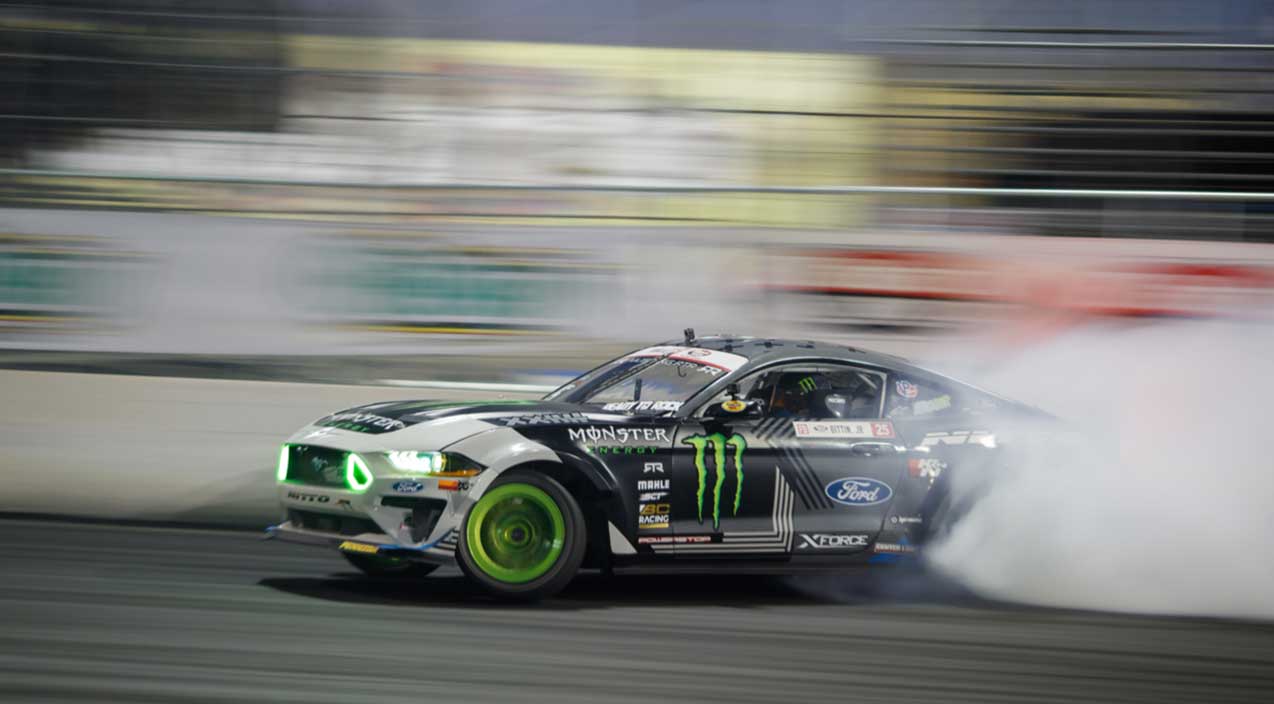 Generally, when you catch up with Vaughn Gittin Jr., he’s mixing up with an opponent in the middle of a crowd of smoke and more than likely, he’s on top. This dude has the skills to pay the bills and when you watch him throw his car sideways, it’a always a treat to be had as the adrenaline gets to flowing and you’re on the edge of your seat as he pushes his ride further than you ever thought possible, right up to the point of no return!

This time, we join in on the action from the Formula DRIFT event out at Irwindale as Gittin is in the midst of putting on yet another charge toward the podium. As always, the competition is close and there are plenty of drivers with their eyes on the prize but only one can go home with victory as these high horsepower monsters battle it out in close proximity to go home with the crown.

In this particular outing, we bear witness as the Ford Mustang RTR screams in a sideways vengeance of tire smoke and a screaming exhaust as Vaughn skillfully pilots his drift machine straight to the home of victory. If you were expecting anything short of a wild show out of a Formula Drift event, well, then, sorry to disappoint you because this display really brings it and then some! You can really feel it building in your chest as the cars come within inches of not going home in one piece! It’s enough to keep your eye absolutely glued to the screen, that’s for certain!

Check out the intense highlight reel from the weekend down in the video below. It’s the displays like this that can really get us pumped about a sport! We can’t wait to see what comes next for Vaughn and company!