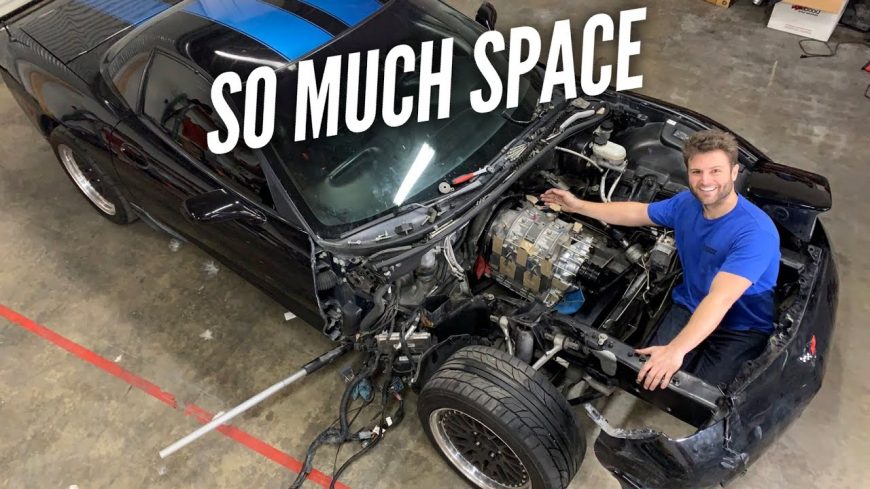 There are some concepts that get downright hot in the automotive community. For example, the rotary community can tend to go up in arms when they find that someone has shoved a V8 into a traditionally rotary power car. Now, we can see where they’re coming from. For those who are fans of something that is being depleted by people who couldn’t care less about the heritage, it might be infuriating. On the other hand, though, it can be hard to argue with efficiency. Swaps like the LS engine definitely are hard to argue with by that metric.

This time, though, well-known rotary fan, Rob Dahm, is going against the grain a bit. Rob has quite the car collection that features several rotary powered vehicles and even an LS powered Cadillac CTS-V. This time, though, he has chosen to build something that more than likely is going to fire just a couple of people up. Instead of the traditional method of taking a V8 and cramming into a rotary powered Mazda, he’s doing the opposite. That’s right, Rob is taking the Holy Grail of Chevrolet and helping it to find a little bit of rotary power. This is definitely going to be something that’s going to get the watercooler conversation going.

By following along with the video below, we’re taken along for guided tour that explains a little bit about how something like this Chevrolet Corvette comes to life. When it comes to V8 swaps, plenty of times, there is a big aftermarket because so many people do them. Therefore, lots of plug-and-play parts come into the equation and before we know it, it’s done. While there’s certainly work involved in it and it’s a lot easier said than done, when it comes to comparing it to a rotary swap, the LS swap seems like a walk in the park. Why is Rob going through all of this, then? Find out in the video below!

« How Much Faster Is A NEW Stock Ranger With A Tune?