How Much Faster Is A NEW Stock Ranger With A Tune? 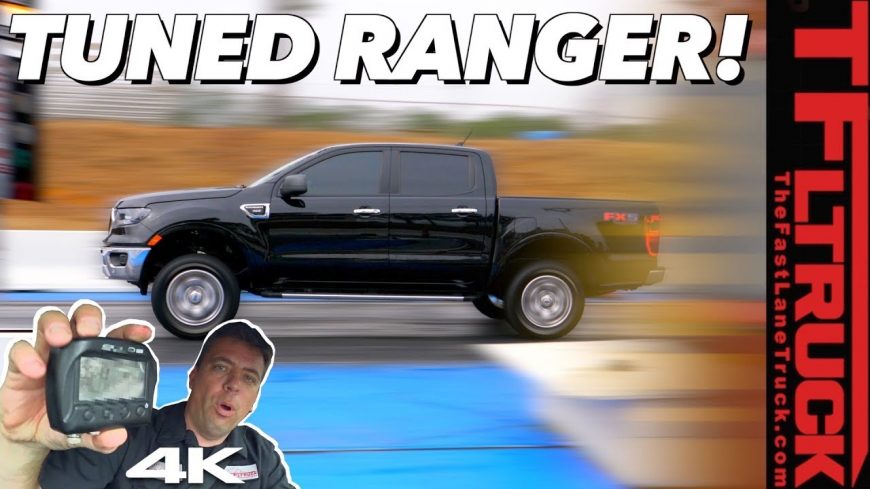 As many have found out, there can tend to be a good amount of power left on the table when buying a vehicle from the factory. Engines don’t reach their maximum potential all the time. This might be due to all sorts of environmental regulations. On the other hand, it might potentially have manufacturers not wanting certain vehicles to see horsepower figures us to compete with other vehicles. No matter what the reason, when somebody knows what they’re doing behind a laptop, they can usually stretch a variety of different engines out a little bit further than where they come out of the box.

As it turns out, with this EcoBoost, we see just that phenomenon. The engine is new and exciting as it changes up the traditionally V8 dominated lineup for Ford. The company has been putting the application in all sorts of different vehicles with the hopes of maybe making some efficient power. Generally, when an engine’s lineage reaches from a performance car to a vehicle that is not in a performance segment, there’s some sort of secret sauce that can bring that nonperformance vehicle to a new high. This was the exact thought afoot when 5 Star Tuning got their hands on the Ford Ranger. The truck powered by a 2.3L EcoBoost was quick from the factory but apparently, not quick enough.

As we ride along with the video below from the guys over at TFLTruck,  we get a peek inside this Ford Ranger that is brought to life a little bit with some tuning. We even get some numbers before and after as they have to test this thing out to see just how much can really be squeezed out of it. Even for those who don’t want to undergo major modification, something like this might be a way to tap into some horsepower than a vehicle already has waiting.

« Remote Mounted Supercharger Makes Use Of Second Engine… But Why?