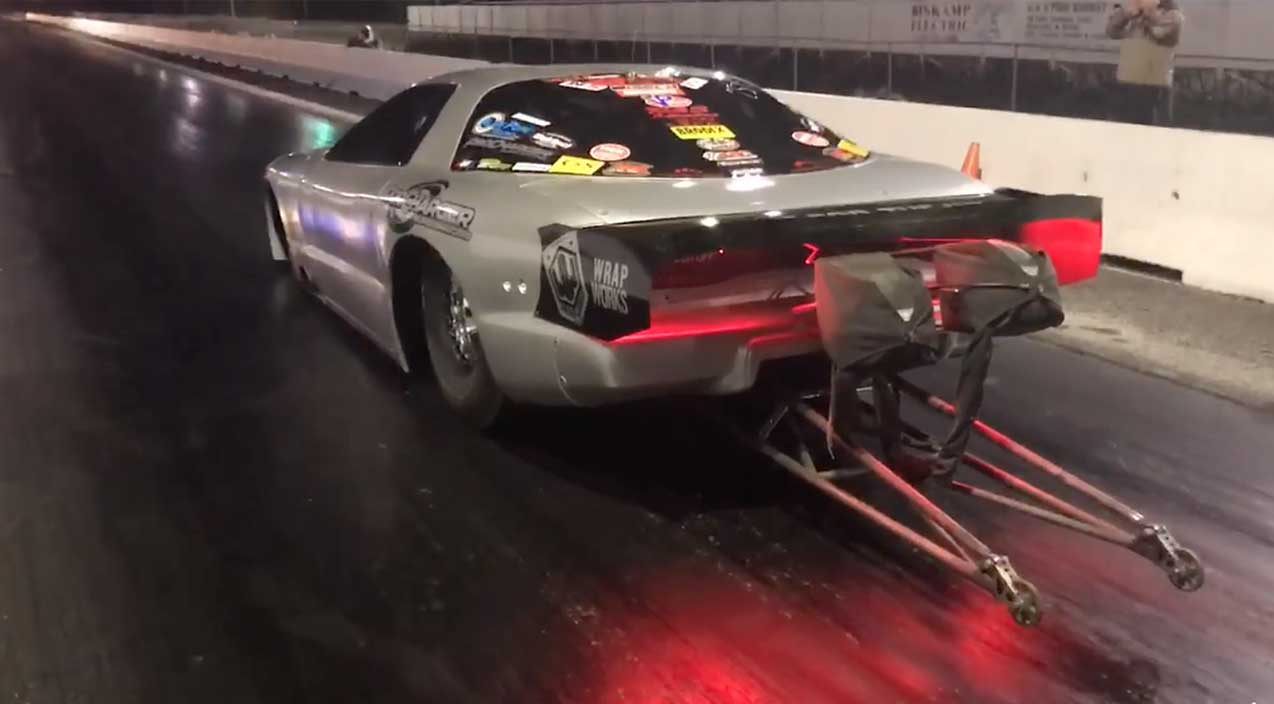 I’m going to tell you up front, there’s not much to see in this video if you’re looking for something more than a short test hit, because that’s all this is. However, if you read between the lines, so to speak, there’s a story to be told in this 15-second clip.

If you think back to when Street Outlaws started, including the New Orleans franchise, there were quite a few front-running cars that used nitrous-injected engines for power. You had Daddy Dave in the Sonoma and later in Goliath, Doc in his Monte Carlo, Monza in his Camaro, and Dominator in his Dodge Dart in the 405. In New Orleans, Kye Kelley’s Shocker Camaro, Scott Taylor’s Cutlass known as John Doe, The Bird Boyz Probe, Barry Nicholson’s Godfather Camaro, and Bobby Ducote’s Maverick were all nitrous powered.

One by one, though, over the past couple of years, the nitrous contingent has dwindled to only Doc in OKC and The Bird Boyz, Barry, and Kye in the NOLA, and I have heard some pretty convincing rumors that Kye will be swapping both of his cars over to ProChargers in the near future.

So what you’re looking at now, instead of an aborted test pass, is yet another long-time nitrous campaigner who’s made the switch to forced induction. This Firebird was built by Scott Taylor for no prep racing but was nitrous powered when it was first completed. I think it’s become painfully clear that, compared head to head at the same weight, nitrous just can’t keep up with boost anymore.

Superchargers have gotten bigger, turbo tuners have gotten much better and controlling the horsepower on tap, and there’s only so many cubic inches available inside an engine block and so much nitrous that can be sprayed before pistons start leaving through the side of the cylinder wall.

While there are still plenty of places in the racing world for nitrous, it would seem the street and no prep worlds are going away from the spray at an alarming rate.

First outing for Trackdoe this year and now we need to make a 4 link change in the morning and try it again.