Probably one of the most exciting parts about having a big and bad car is that you ...

Probably one of the most exciting parts about having a big and bad car is that you can take it out there and show it off to other people who love the hobby. I get that, to an extent, you buy things and work on them to make yourself happy but when you’ve worked your rear end off to have a car that makes massive horsepower, blipping the throttle and killing some tires in front of a camera to share with all of your friends has to be quite a rewarding experience. Not only are you getting the gratification of knowing that people are appreciating what you’re behind the wheel of but you’re also giving the fans what they want, essentially.

In this one, we check out the scene of the action as an Australian based muscle machine fires up and really, well, everybody who is within distance to see it can’t help but stare! As you can imagine, with a high horsepower beast, this thing really sends quite the note into the air that attracts the ears and eyes of everybody in the foreseeable distance with that incredible supercharger whine. From there, the driver makes the most of the situation and lays into the throttle a bit, shredding some of the rubber off of the rear tires and sending smoke into the air in just the right way.

If you follow along the video below, you’ll be delivered to the scene to really be able to appreciate just that moment for yourself. It’s hard not to be attracted to such a sideshow that really puts your heart into adrenaline mode. After watching this beast of a car fire up and really get your attention drawn to it, be sure to tell us what you think of not only the car but the little sideshow that the driver managed to put on in the meantime. 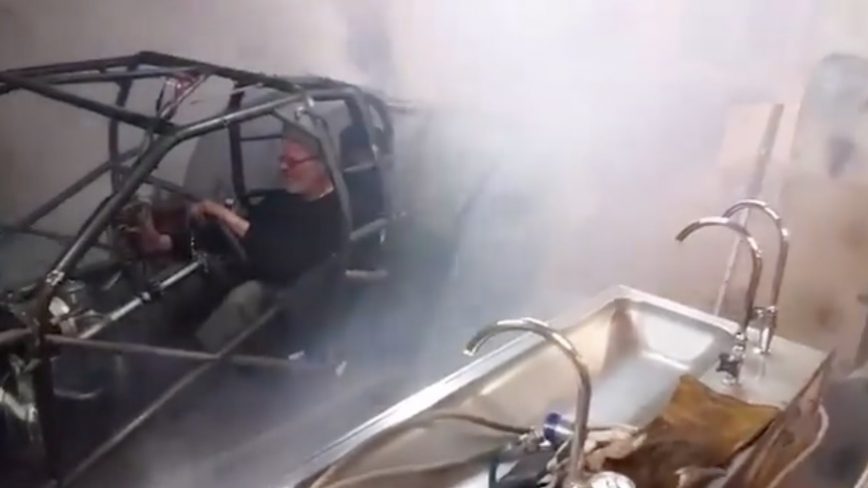