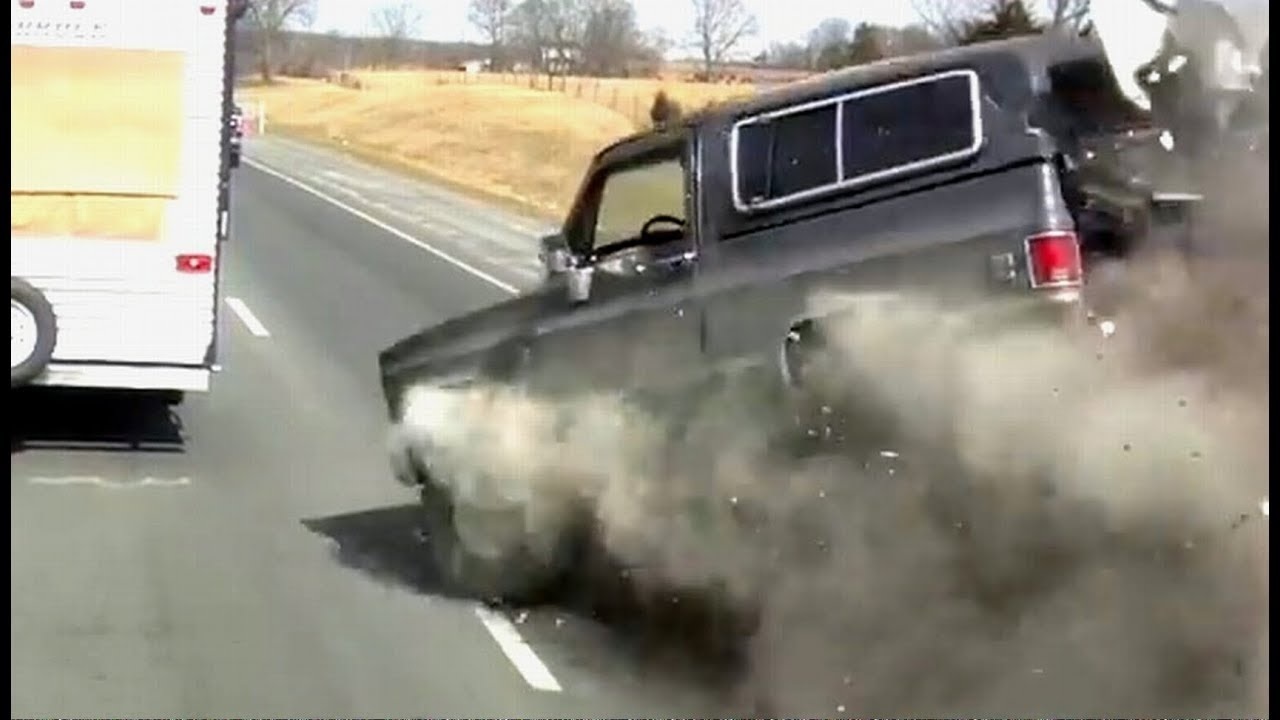 Many times when a video comes at us from the highway involving a tractor trailer, it is usually a smaller car that is in the wrong, doing something to get tangled up with one of these heavy machines that can’t stop or steer as well as a regular car can. This time, however, it turns out to be the big rig itself that caused all of the mayhem. It all starts when traffic gets a little bit backed up and we are put on the scene of the action with a conveniently placed dash cam that manages to put us right in the driver’s seat.

It appears as if it’s just your average day in traffic, nice and backed up to stop you from getting to where you need to go but, as you watch a Chevrolet Blazer approach, it is shortly after followed up by a big rig whose driver either fell asleep or had some sort of catastrophic mechanical failure because what we see next is pretty ugly as the massive truck simply plows into the back of the Blazer, causing some big-time carnage. Apparently, everyone was able to walk away per the description of the video that also tells us that the person behind the wheel of the Blazer did suffer some brain damage.

We have to warn you that this one is rather graphic but feel free to check out the video down below that shows the entire situation that could not have been stopped. That truck was rolling down on the stopped traffic and it was coming in hot. It’s hard to tell what actually happened from the video but according to the driver of the big rig, a tire blowout was what caused the truck to not have the means to bring itself to stop.

« This is How You Dock a Boat, Serious Skills Involved.