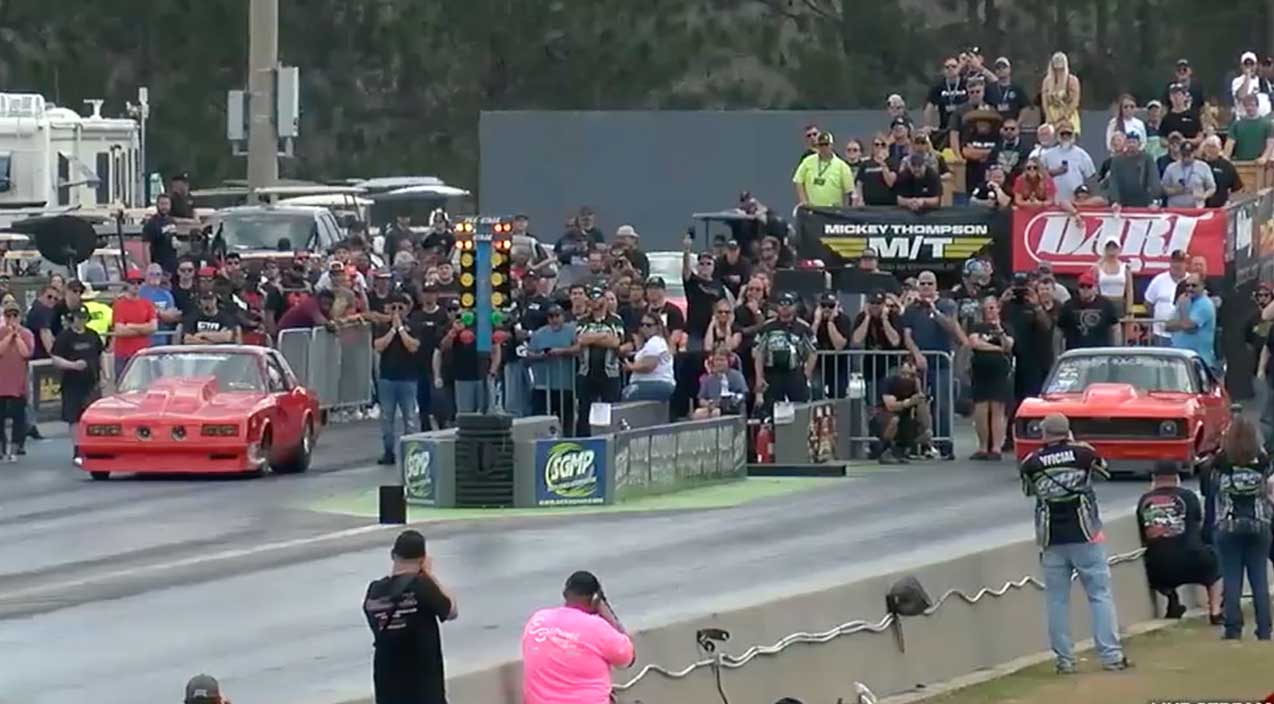 I’ve been saying for a while now that many fans are sleeping on the Limited Drag Radial class, but after watching the baddest names in the class duke it out this weekend at Lights Out X, I can actually say I feel the fan base for the class has really grown. After seeing races like this, it is not a surprise at all!

Huntsville, Alabama native Shane Stack used to street race his red Monte Carlo on the streets of Madison County with a nitrous-injected small block under the hood all the way back in the mid-1990s. I remember seeing this car go through many changes over the decades as a North Alabama native myself, and Shane has always found a way to run up front in whatever class he’s chosen to compete in.

Justin Martin’s Nova is a bit newer to me, but I do remember watching him put up competitive numbers in Radial vs the World a few years ago at events held at Holly Springs and Memphis. As has happened to many competitors in that class, though, the cost to compete just got to be too high, so Martin swapped a few things and found a home in LDR, where he’s the current world record holder at 4.09 seconds.

These two were matched up this weekend and threw down in one of the best, most anticipated runs of the weekend. The guys at Speed Video were on hand to capture the action and chose this race as one of their Raceday Replays because it was such a great run.

The stack would go on to win the race over fellow Huntsvillian (and another guy I’ve known most of my life) Chad Henderson’s badass nitrous-injected Grand National. Big props go out to Martin, Henderson and of course, the winner of the race, Shane Stack, for putting on such a great show for all of us!

Shane Stack trees the LDR record holder Justin Martin in the semis of LDR to move to the finals at LightsOut 10. Special thanks to our Race Day Replay sponsor ProCharger.