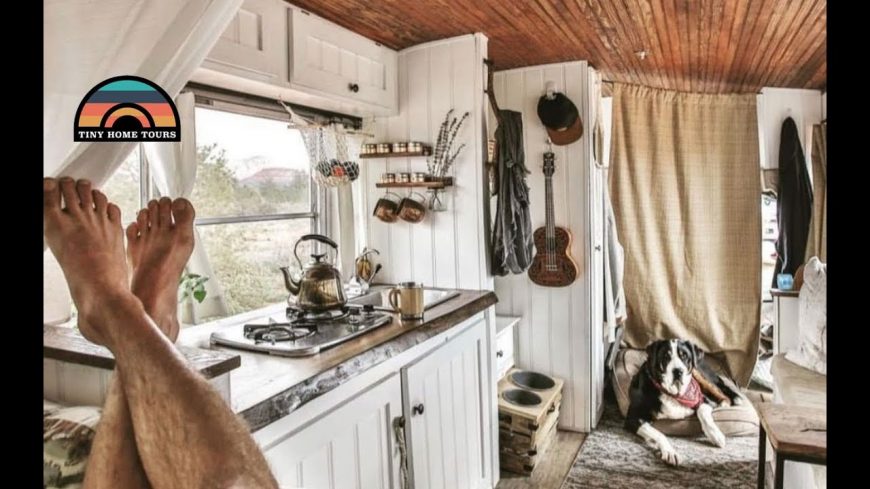 There’s something so liberating about not having any attachment to a specific area. Being able to just pick up and leave whenever one wants is truly a special way of living. For the vast majority of us, that simply isn’t a possibility. With different responsibilities at home, it can be a little bit difficult to just pick up and leave. However, some choose to live their lives in such a way where they don’t have ties to any particular area or another. For some of these folks, they might just decide they want to live out of a vehicle for some period of time.

One thing that we think most people in this category would definitely attest to is the fact that such a vehicle has to be something special. For those who are willingly living life on the road, they certainly want to have a couple of amenities. Choosing to have amenities and be mobile at the same time comes with its fair share of challenges. When throwing in the concept of trying to do this on a budget in a tight space, things might get even more intense.

From what we have seen, though, it is far from impossible! People do amazing jobs of transforming different platforms into mobile living quarters.

In this one, we follow along with the crew over at Tiny Home Tours. The featured ride this time started out as none other than your average short bus. Outside, it looks like a traditional white bus. However, when we step inside, there are all sorts of different features that make this thing an awesome liveaboard.

From the kitchen and sleeping area to different small tactics that this bus owner does to make things more comfortable, we have to admit that we are quite mesmerized by the design. One would think that living inside a bus like this would be rather cramped. While it isn’t as spacious as the average home, it certainly is bigger than we had anticipated!