Showing Off Gone Wrong, Half Million Dollar Lamborghini Burned To The Ground!

Showing Off Gone Wrong, Half Million Dollar Lamborghini Burned To The Ground!

If you’re able to put together enough money to pick up a car like a ...

If you’re able to put together enough money to pick up a car like a Lamborghini, well, you’d probably like to think that when you’re going to purchase that car nothing bad is ever going to happen to you over the lifespan owning it. However, no matter what kind of vehicle you have, the threat always looms that something bad could possibly happen. If you’re going to race the car and it is a performance application, the risk of something happening rises even more. It might be when you least suspect it but something could be right around the corner that’s ready to put your machine out of commission that you just spent a good amount money for!

In this particular situation, we go along for a ride with just that Lamborghini an the owner who probably just about had a heart attack when he found out that their car would, in fact, end up catching on fire.

If you buy a vehicle like a Lamborghini such as this flamboyant machine, one thing that you’re certainly not going to be is subtle. In fact, if subtlety is what you’re looking for, this would probably be on the polar opposite of the spectrum as you head in the wrong direction all the way to one of the most flamboyant vehicles that any sort of currency can buy. If you decide to purchase the car with a bright yellow coat of paint like the owner in this video did, along with some over the top visual modifications, it gets even more in-your-face, sticking out like none other and when you lay into throttle, even more people will be attracted to the car’s presence.

This time, we follow along with such a Lamborghini owner who seems to be the type who likes attracting attention, not that there’s anything wrong with that. If you got it, flaunt it! Not only does he have this extravagant car but also decides the blip the throttle a little bit, giving the people nearby a little bit of a taste of what this high dollar exotic machine is all about. However, it turns out that the seemingly innocent act turns on a dime pretty quickly and becomes something that had to make the owner’s heart drop when he noticed what was going on behind him.

You’ve got to love the guy who sits behind him, doing absolutely nothing to alert this guy that his Lambo is on fire… people these days. 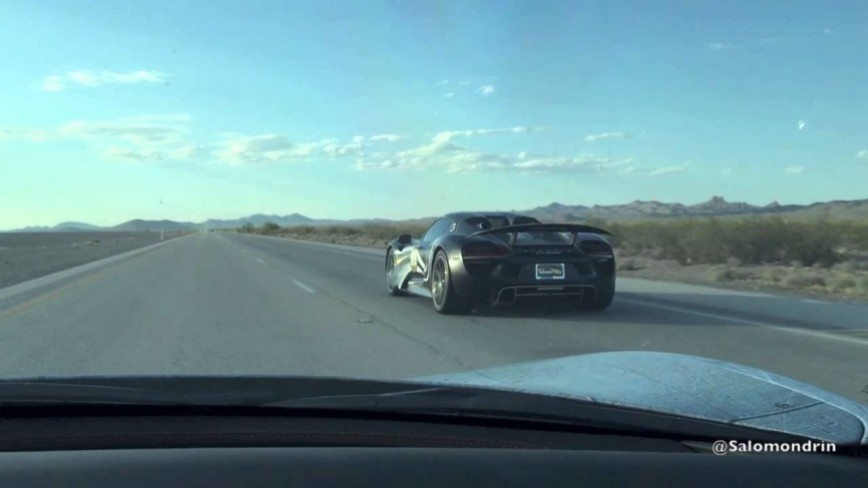