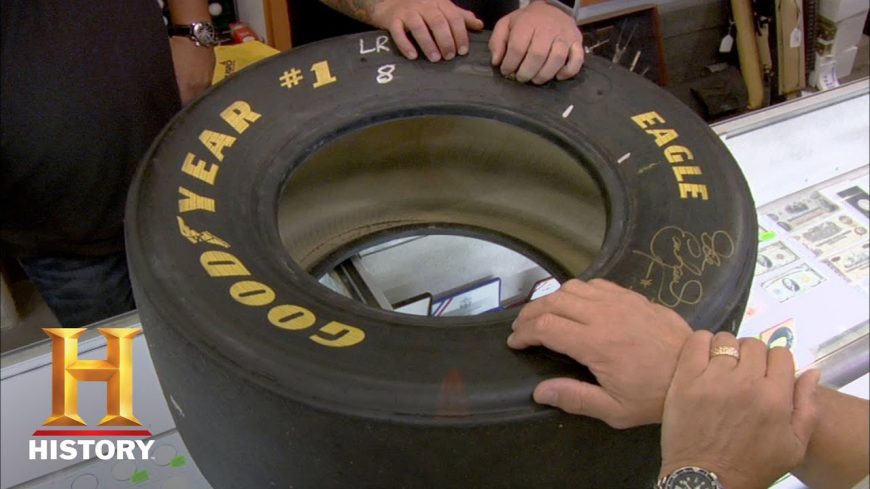 When it comes to those who have made the biggest possible impact on their sport, Dale Earnhardt is definitely up there in the ranks of those like Jordan and Brady. When you’re talking about the greats, he’s definitely the most popular racing driver by far and his accomplishments have helped to push the sport to new levels, bringing in more than the tracks around the country would have ever seen without his presence. The fans would come out in flocks to see number three in his natural element, being that aggressive driver on race day that would live up to the nameplate of “The Intimidator.”

Therefore, as you could probably imagine, some of the merchandise that dons the icon’s name is more valuable than any other driver’s value and if you could manage to get him to sign something, it would be one of the rarer racing collectibles that one could have and sometimes, with the right item, rarity could equate to value. Just imagine being able to be in possession of a tire that was on the car of this icon at some point in time and, on top of that, a tire that had his signature in shining letters, proving to be an ultimate Earnhardt collectible.

If you follow along in the video below, you get the chance to approach such a collectible and go through the steps to trying to validate the item. When the tire was originally brought into the shop, the owner was looking for quite a pretty penny but as they started to go through the process of figuring out where the tire and the signature came from, maybe there was a little bit of trouble in this collector’s paradise. Learn all about how to tell a real Earnhardt signature from a fake in this interesting display.