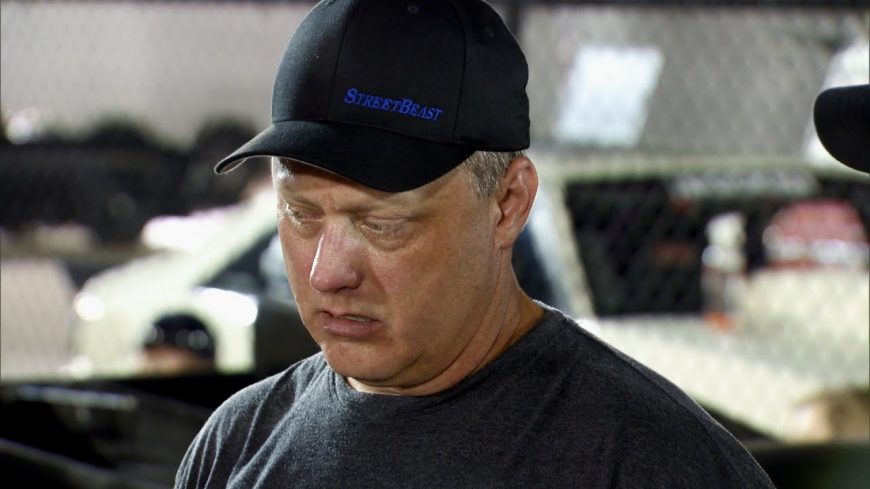 One of the most talked-about episodes of Street Outlaws was the “Pro Mod” episode. I think most of us remember the day the meaning of the term pro mod changed for the entire world, especially those who don’t come from an extensive background in the drag racing world.

When the crew from the 405 loaded up and headed to Kansas to take on the baddest hotrods the state had to offer, they noticed that the bulk of the cars that had shown up were on small tires. Knowing that by this point in the show’s evolution, most of the cars on the Top 10 list were on big tires, this didn’t bode well for the Kansas crew. However, just as Chief and company come to the conclusion this is going to be a walk in the park, they hear a car fire up that really grabs their attention.

Almost immediately their attitudes go from confident to “Oh crap!” When they realize there are a couple of blown, tube chassis, fiberglass-bodied racecars on the property. While these cars likely would fall under the traditional definition of a pro mod, from that day forward, every television-watching race fan decided that term applied to any car that has either a blower sticking through the hood, a big wing on the back, or a full tube chassis with big tires under it.

It may seem like we’re squabbling over semantics here, and in a way we are, but the pro mod is a class and a very specifically-built style of a drag car. However, to the untrained eye, they share a lot of traits with other chassis, such as a pro stock chassis, top sportsman, and even many well-built sportsman racing setups could be mistaken for a pro mod chassis.

While it’s not the biggest problem in the world, it’s annoying to those who do know the difference just by looking at a few key details, and we would love to be able to educate the public, but they all seem to think they’re experts because they saw it on TV.