There have been a variety of interesting projects that we have heard of or seen that ...

There have been a variety of interesting projects that we have heard of or seen that had started out as a joke but gained some support and ended up being a lot more than just a couple of buddies hanging around in the garage with a few cold ones talking about hypotheticals.

This time, we check out one of those builds as it started off as nothing more than some playful banter but one thing led to another and before they knew what even happened, these gearheads had a finished product that actually ended up being something that’s pretty incredible.

Check out the video below that shows you a quad that has been fitted with a 5.0 liter Ford Mustang engine that these guys just so happened to have laying around. When you combine that with a little bit of boost from a turbo, things get even a little bit more out of control thanks to the turbo that’s involved here.

Anyways, I highly recommend to you to go down to the video below and check out this bad ass quad. A machine like this really has to be one that breaks necks and has everybody in the group begging to take a turn behind the handlebars. I’m honestly not sure if just anyone would be able to handle it, though.

A 500 Horsepower Homemade Giant, the Story Behind the Honey Bee 2WD Tractor 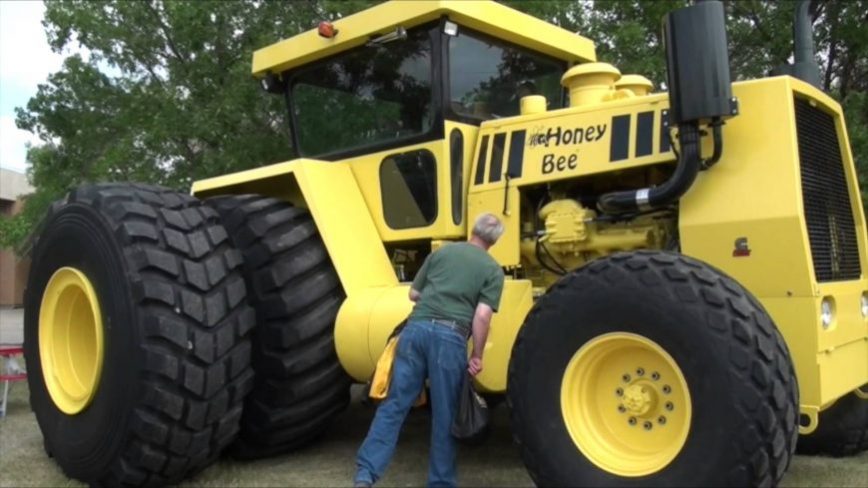