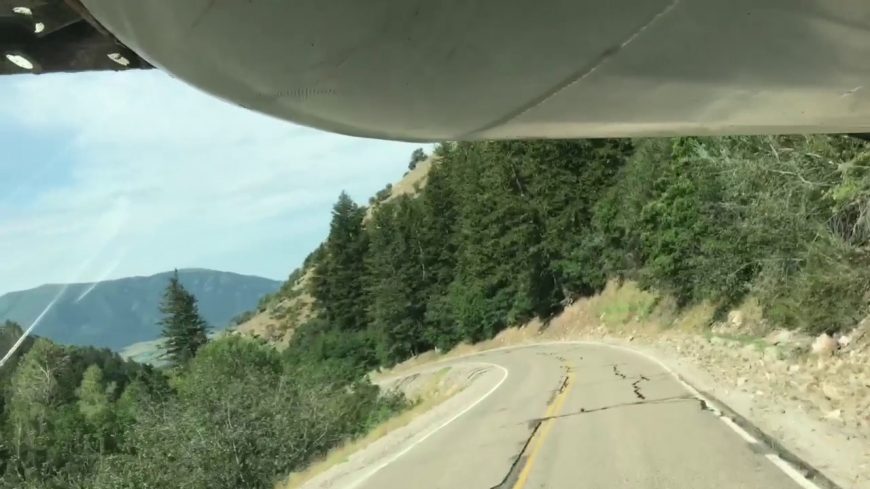 If you thought that a drive in a semi truck couldn’t be terrifying then you need to check out this video. On the surface, for those have never seen one of these things an action on roads with rapidly changing elevation or experienced driving such a truck over a long distance, it might look like a walk in the park. Having such a big machine around you would guarantee, pretty much, that should you get wrapped up in an accident, you’re going to just plow through whatever obstacles are in your way, right? Well, that’s not exactly always the case. While the machine might provide safety in certain situations when it comes other drivers acting out, it doesn’t necessarily mean that you are 100% immune from the conditions of the road.

In this one, we bear witness to a semi truck driver who is making his way through a mountainous region. Normally, this wouldn’t be such a bad time if you could just take your time and be patient with the road. However, as we soon learn, the brakes didn’t necessarily like the big set of mountains and began to throw a fit. As the driver made his way through the treacherous region, the brakes would soon begin to fail, leaving him to have to use every last ounce of his skill to put to work whatever brakes he had left to get this machine to slow down. All of that weight behind a runaway semi certainly isn’t something that you want to get tangled up in, that’s for sure.

Follow along with the video down below as you’re able to ride along in the cab as this driver does everything that he possibly can to bring this truck back to reality. In the video, he’s lost in a whirlwind of momentum that he really needs to stop with whatever abilities he has on tap. With that much weight, something like this could really get out of control and I definitely wouldn’t want to be a party to something like this rolling over off of the side of the mountain. Luckily, this situation doesn’t have to go there.