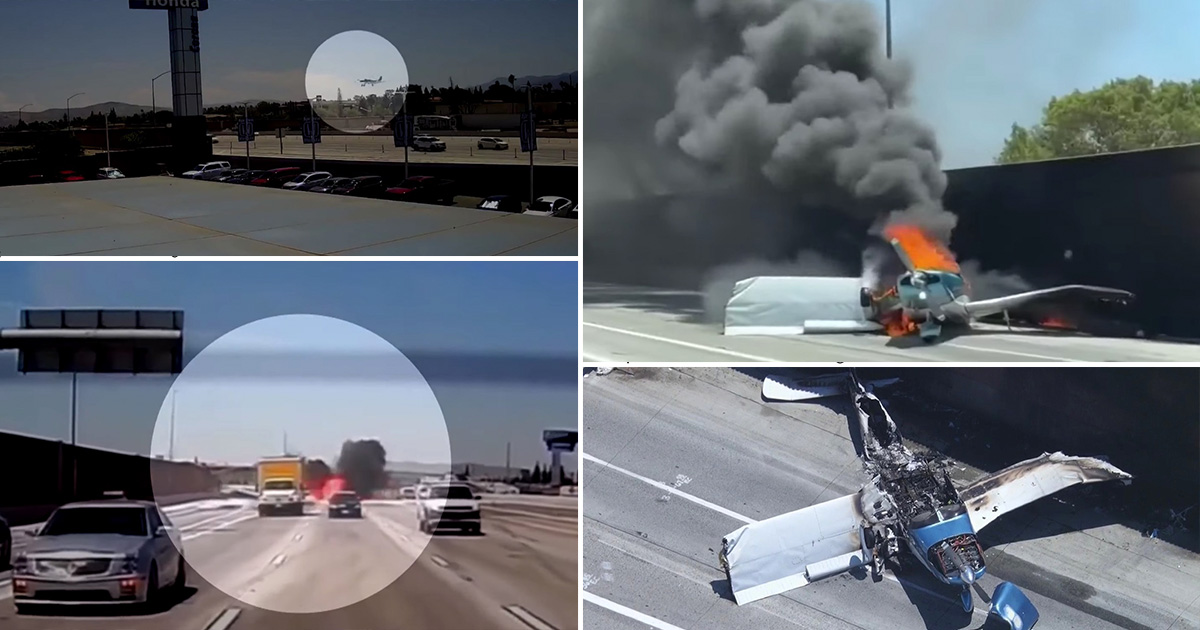 Imagine this. You’re driving down the highway, when all of a sudden, you look in your rearview mirror and notice that an airplane is engulfed in flames and landing on the highway behind you. For the motorists traveling on the 91 freeway in Riverside County on Tuesday afternoon, that’s exactly what they would witness. The scene might’ve seemed like something straight out of a movie but was very much real life!

A single-engine Piper Cherokee aircraft was forced to land on the highway after what California Highway Patrol Captain, Levi Miller, called “possible engine failure.” The plane touched down and actually hit a truck carrying three people in the process. The video footage in the news report showcases a rear-facing dashcam from a car traveling on the highway that captured the footage of the plane breaking into several different pieces and spilling out flaming jet fuel creating quite a catastrophic-looking sequence of events.

Somehow, though, amidst all the commotion, both the pilot and passenger in the airplane were able to escape unharmed after the rough landing. The three people in the truck that the airplane ran into were also able to escape from the day without injury as well. Imagine explaining this one to your insurance company, though!

The pilot would go on to tell the local news station, KTLA, that the plane stalled completely and fell to the ground. He credits his training for a successful crash landing – yes, it’s possible to successfully crash land. He went on to site not panicking for his success in keeping everybody alive on that day. I guess that, at the end of the day, when you really know what you’re doing and can keep your cool, you put yourself in a position for the most successful experience possible when it comes to crash-landing an airplane.