Soldiers Come Out of Military Base to Find Cars Destroyed 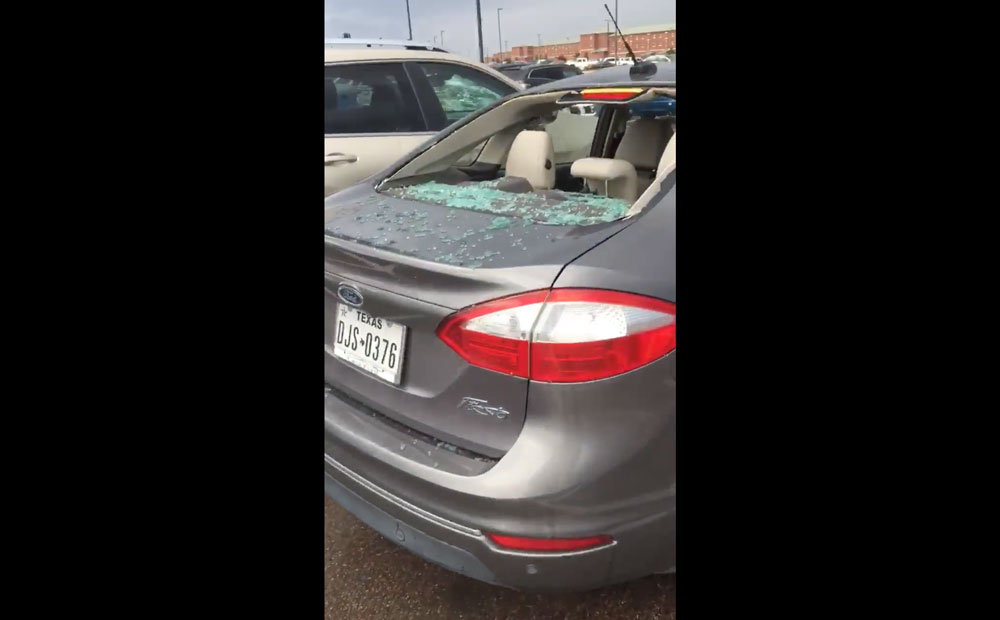 When it comes to Mother Nature, sometimes, there’s really no getting out of the way as the skies open up. There are plenty of things in this life that you can control but other times, there are certainly things that are beyond your grasp of what you have the power to change as you’re forced to stand by and watch.

Furthermore, there are certainly times when Mother Nature seems to get a little bit angry and just unleashes her wrath. This time, we get to see a situation where she did end up unleashing said wrath and it got pretty bad but thankfully, not bad enough to the point where anyone got physically hurt.

The scene was absolutely crazy as Matt Kierum had his camera rolling at Fort Carlson in Colorado Springs, Colorado after a little bit of a storm made its way through. However, this wasn’t just any storm but instead, one that would end up dropping massive stones of hail on just about everybody’s vehicle, doing some massive damage. When we originally took a look at the video, we thought that a crazed individual might’ve been running through the parking lot and doing some damage with some sort of blunt object but all of this damage came from the sky.

If you follow along down in the video below, you’ll see some insane collateral damage from a storm that seemed to leave as soon as it came but it definitely left behind a massive amount of damage. It looks like the insurance companies are going to have their hands full as there will probably be a good number of claims coming from this area! Hopefully, everyone is able to get their vehicles fixed up and back on the road ASAP because this is definitely something that nobody wants to have to deal with!